Warning: "continue" targeting switch is equivalent to "break". Did you mean to use "continue 2"? in /homepages/39/d678902725/htdocs/clickandbuilds/Fragmentary/wp-content/themes/uncode/partials/elements.php on line 909
 fragmentary.org — Marta Beltowska
Marta Beltowska

Marta Beltowska is a photographer originally from Sweden, of Polish descent, currently based in London working as a technician at an arts university. Marta’s main priority throughout her work “is to tell something through my images, regardless of if it’s through a candid street photograph or a staged composition.” In her project A Partial Print, she examines the change in family dynamics after her father became ill.

How did A Partial Print come about?

A Partial Print originally came about when I was handed my first self-initiated brief at university. During the same time I went back home for a month in the spring, the first time since my father had become ill the previous winter. I had also just ended a very long relationship so with all of that going on, I was in a rather sombre place. With the freedom of a self-initiated brief, it felt very obvious for me to focus on something personal like the state of my parents. 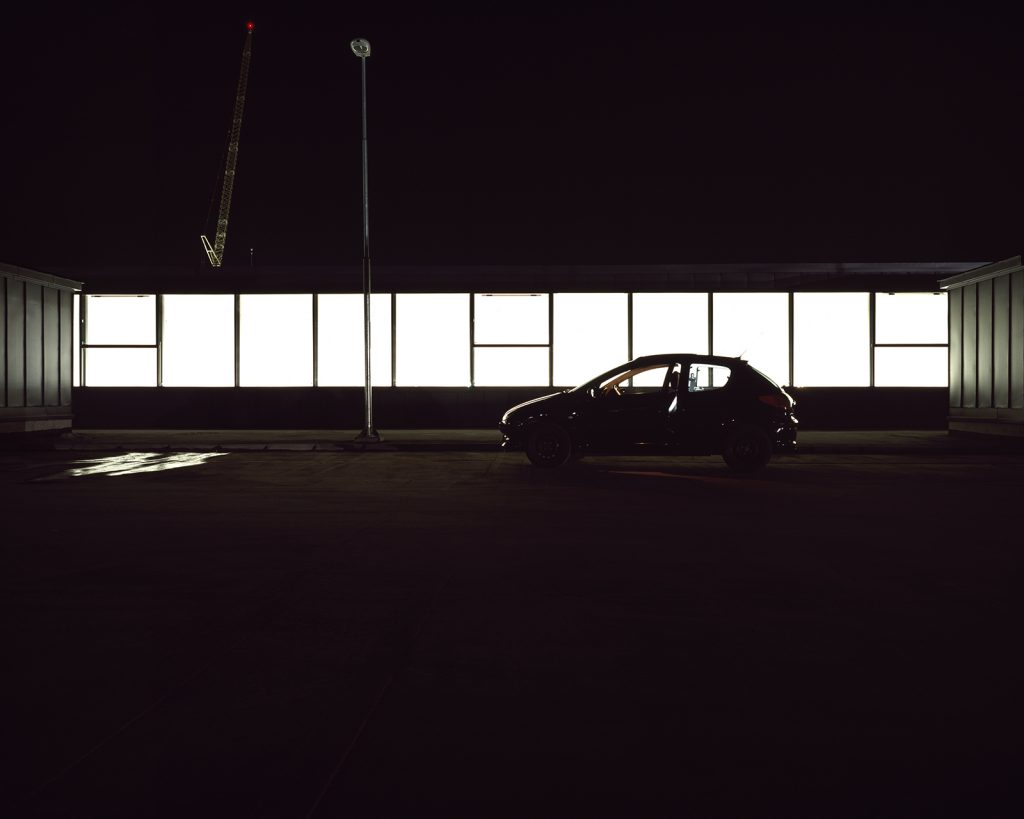 Was it instinctual for you to pick up the camera when you discovered that your father was ill?

When my dad became ill, I was bottling up a lot of emotion – my relationship with my father was always very distant as he was (and still is) a major workaholic, and he’s never been very talkative. Then all of a sudden his mortality came into focus, with this sort of emotional baggage unresolved. To express what I was dealing with internally, it felt like a natural reaction, but also like it was the only way for me to express anything at all. Photographing at this point was like the only way for me to focus myself – my feelings and my energy. Anything else feels as if I would have exploded, if that makes sense. The camera was my tool to catharsis.

Did photography enable your family to bond at all over the shared experience of your father’s illness?

I can’t say that it did. My family is very awkward with showing affection, and weakness of any kind. Even if this work revolves around my parents and family, it’s like this very remote thing that doesn’t read on the family radar. 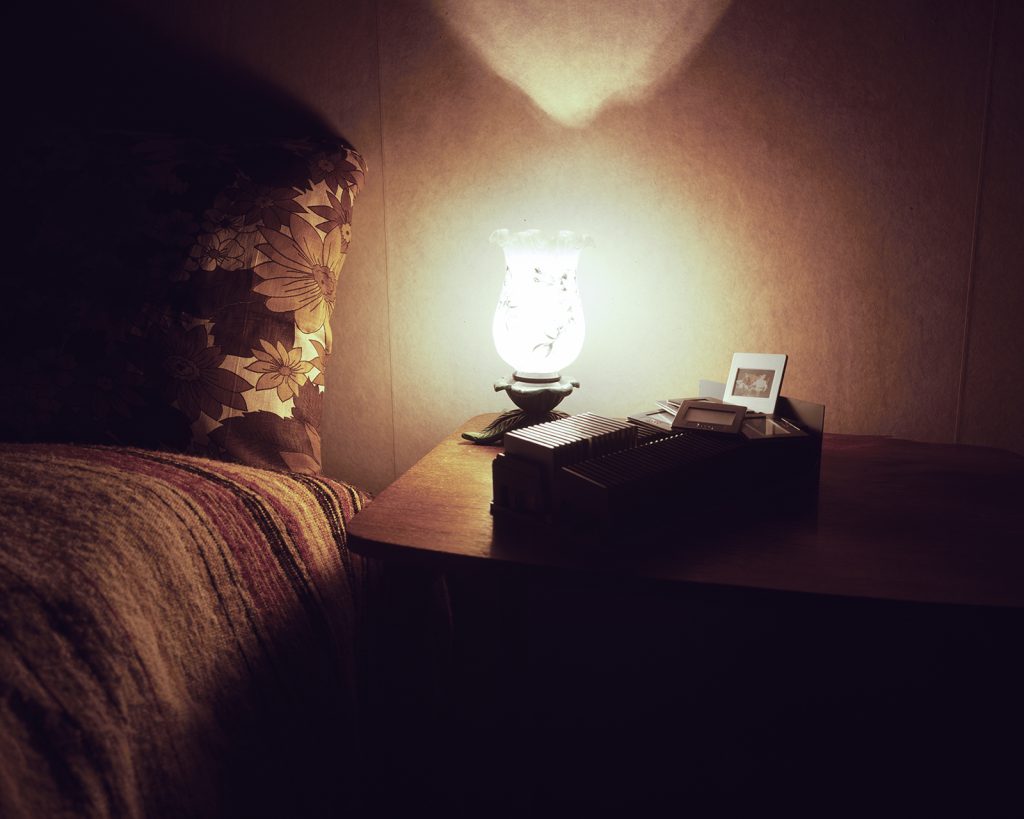 How do your parents feel about the work?

Even though my parents have seen the work, I’m not totally sure they understand what the work is about or what it’s trying to deal with. It’s partially my fault, I think – I’ve never explained it to them bluntly. I think they would take it as a personal criticism, which I can understand.

You cite science fiction as a great visual inspiration for the project. Can you talk a little bit more about that?

I’ve always found film a major inspiration, and with this work I really wanted to tell a story – without the presence of people. Classic science fiction films often depicts the presence of something unfamiliar and alien in the form of a disembodied light, and I felt that use of light fit with the mood I was aiming for. At the time I was really into story telling and narratives, as well as heavily staged scenarios – some images involved rearranging existing rooms in my parents house completely – watching sci-fi wasn’t just inspiring but also comforting. 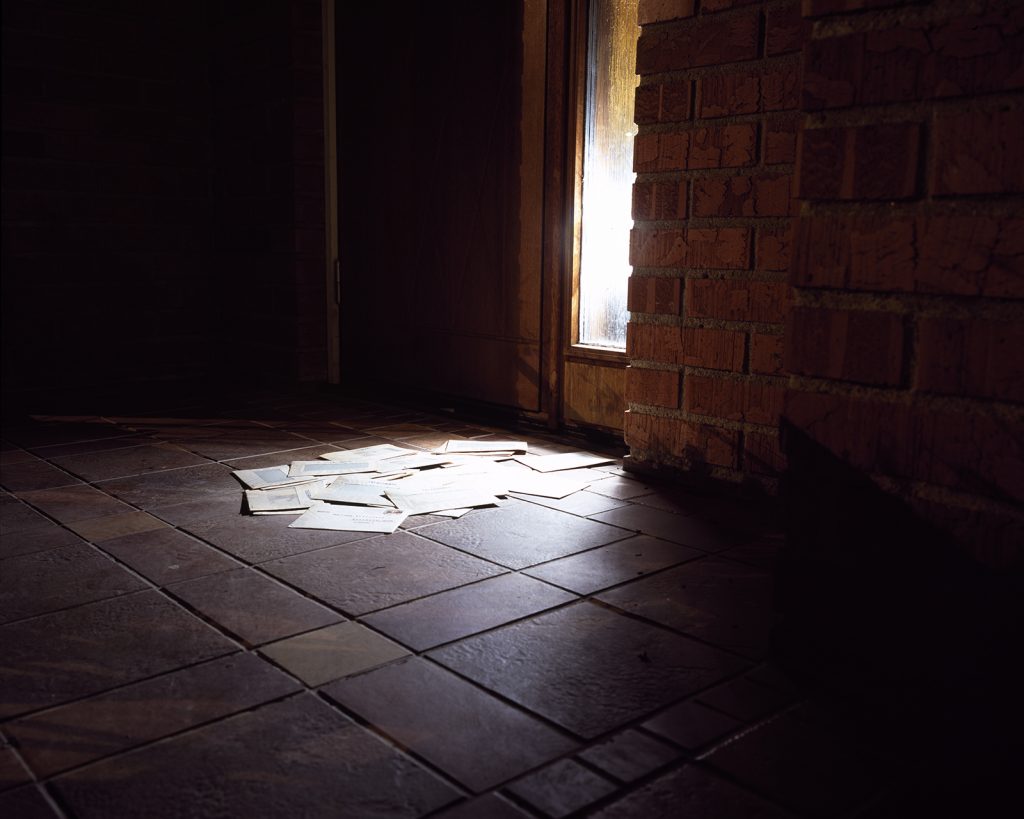 There’s a real sense of absence in the work, despite it being about family. Was that intention?

That was the intention, yes. Looking at family albums and incorporating these as props into the images, there is absence in what these family memories show and what was going on during the beginning of my father’s illness. I couldn’t use family members in my images because the situation was much too new and raw to handle, but in the end it suited the purpose of the work. 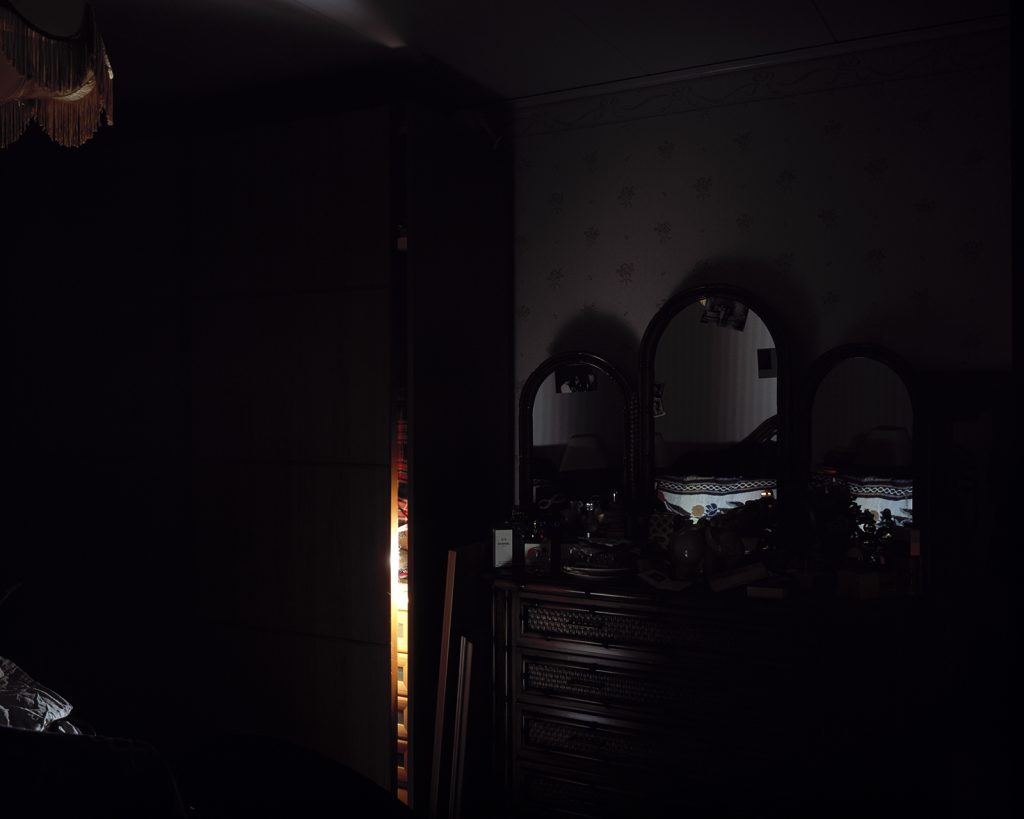 What are you working on at the moment?

At the moment I’m mainly working on two longer projects, one looking at the history and meaning of neon signs and the other about the significance (or insignificance) of a certain South London building to the people that work in it. I’m trying to turn my focus to external stories and the experiences of others rather than my own nowadays, but I am planning to expand A Partial Print as my family dynamic continues to change.