Warning: "continue" targeting switch is equivalent to "break". Did you mean to use "continue 2"? in /homepages/39/d678902725/htdocs/clickandbuilds/Fragmentary/wp-content/themes/uncode/partials/elements.php on line 909
 fragmentary.org — James Schofield
James Schofield

James Schofield is a British photographer based in Manchester, England. James shares his work Against the Dark, his first book project. The work “explores and reconciles my own struggles with mental illness and the ever increasing notion of feeling disconnected” from the world.

What is your background in photography and how would you describe your practice?

My background in photography came about mostly through my school being an ‘art college’ so I was able to take it on as a subject at GCSE level when I was 14. I subsequently studied it at A Level and for my degree at Manchester School Of Art but for the majority of my time in the education system it never felt like I was doing the right thing, or, maybe I was of a different opinion to my tutors of what photography should be. There seems to be a notion that because photography is the closest medium to the human eye in appearance that it is therefore ‘representative’ but personally I saw it as a great way to showcase the ‘perspective’ of the artist.

How did the project Against the Dark come about? Where have your inspirations been drawn from?

The project itself was quite chaotic and was produced over a period of 3 years. During this time I graduated from a university course I was deeply unhappy with. I was (and to this day) struggling with and coming to accept my disposition towards anxiety and depression. I was also stuck in my hometown of Bury with no seeming potential future on the cards from which I could do something of meaning and contribute to society. Also my inability to hold down even basic retail and bar jobs was proving a problem which was in relation to my mental health issues. Ultimately, with the proverbial hurricane that was going on inside my own head Against The Dark was just a response to all that pain. When trying to figure out what was the best way to market the project I threw around all these ideas that it was this big extravaganza about existentialism but in all honesty it was all linked to the numbing pain and solitude that you can experience when your mental health has such an impact on your perspective. It can cause you to lose all faith in yourself and the reality that you know around you. Just total anomie.

Inspiration-wise I’ve always loved abstract art over photography easily. I was devastated in my art class at secondary school when I found I didn’t have the capacity to visually represent what I wanted with a paintbrush or pencil. It was probably also to the detriment of my later tutors, employing photography as my creative outlet was liberating but I erred away from the framework we had at Manchester School For Art for example where documentary work like Martin Parr and Stephen Shore were the status quo. It wasn’t for me. I love the artist Stanley Donwood. He’s mostly known for his artwork for the British band Radiohead and his work led to me exploring more artists work like Jason Pollock or Franz Kline where I really felt I was seeing the complexity of the human mind laid bare for all to see. This multifaceted, complicated mess of ideas and feelings.

What is it about the black and white aesthetic that attracted you to working in this way?

I just can’t help but feel that colour is dated and that no matter what happens, styles will change and the colour images produced now will be less relevant in the future. Black and white work however just feels very immediate, more stripped back and concise in its’ own message. That and also that with a black and white image people can understand that what they’re seeing isn’t entirely representative which I feel is what happens with most modern cameras and colour photography.

You’ve produced Against the Dark as a book — what made you choose this format and did you learn anything in the process of making it?

I figured a book would be suitable for the project as I wanted it to be a genuine stream of consciousness that was being made real, the static noise/blips are there to outline the fragmented way of thinking you can go through when your mind is in conflict with itself with intrusive thoughts. In the end I think the book format for photography perhaps doesn’t have the same issue of individual images having to be overly dramatic, everything can just be part of what’s going on in this little world I’ve created for myself.

The images are broad in subject, from portraits to disorienting landscapes. The images seem to form part of a visual diary — how much planning goes into making each photograph and what you you looking for when you are making an image?

There was very minimal planning in all honesty. I’d think of a particular isolated place that had an aesthetic value to me, maybe it’s the sea or a deserted forest or the chaos of the city with all its’ activity and then I would hone in on a particular feeling which I would probably say was pain. I wasn’t able to properly organise and manage myself during this time, even though the project is finished and there’s a big component of documentary photography, towards the end of the project I became sick of wandering around looking for a possible good image. For further projects I want to create a dogma that will be more consistent and less erratic (which I should be able to do as my life is in much much better order than what it was 12 months ago). 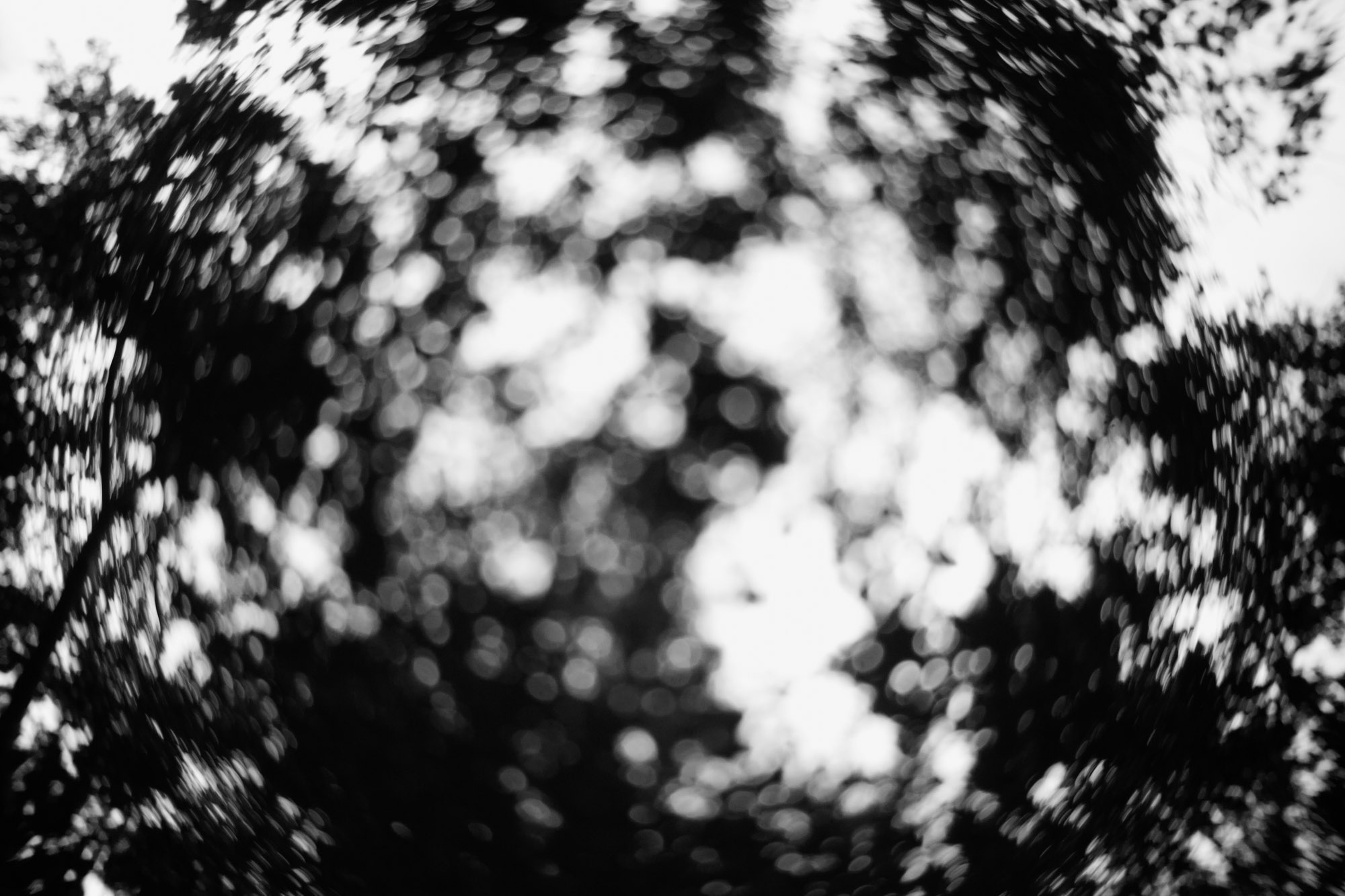 Is there a therapeutic element to your photography?

There is a validation in making a photograph that shows what is going on with your own life and shows your viewpoint, even more so because people tend to accept ideas about more darker aspects of life more easily in art than in real life. It’s all enveloped in an aesthetic that is appealing to the human eye but as much as these projects can be helpful to understanding your own condition, it’s so so important to talk and open up to the people you trust about your struggles. There’s no substitute to that.

I’m currently trying to find more opportunities to showcase Against The Dark at the moment. I’d love to put on a show in my home city of Manchester. I really want to get the project out as much as I can into the public if possible. I’d love to see more work on mental health, fragmentary was an absolute godsend in being able to see the work of other creatives that could perfectly outline the feeling of being afflicted with a particular condition.

For work in the future I’m currently listening to a lot of the Atoms For Peace Album AMOK at the moment. I want to photograph the end of the world in a way. It’ll definitely be more abstract as I’m finding more and more abstract art that really excites me.