Warning: "continue" targeting switch is equivalent to "break". Did you mean to use "continue 2"? in /homepages/39/d678902725/htdocs/clickandbuilds/Fragmentary/wp-content/themes/uncode/partials/elements.php on line 909
 fragmentary.org — Elegia
Elegia

Elegia is a self-taught artist from Scotland, currently residing in Manchester, working with analog and mixed media processes to explore body dysmorphia and her bipolar disorder.

How did you initially get into photography?

I got into photography in a roundabout way via modelling in late 2011; in an effort to get more comfortable in front of the camera. I know that it sounds contradictory for a model to struggle with having their photograph taken, but most models that I know and have met have issues with how they look. Photography was what really got me interested in modelling in the first place, because I came from an artistic background and I saw this a creative outlet similar to that. I wanted to be a good model and to feel at ease with the camera. I quickly discovered that my main issue was with having my face photographed and so I started shooting some basic self-portraits with a little compact camera that I had at home. I didn’t have a tripod, so I’d just tape it onto a lamp stand and do the best that I could with the tools I had at the time. I probably produced little more than a handful of images in those first few months that I was happy to upload anywhere, but they were enough to get the attention of other models who then asked to work with me. Soon after I was pretty much only shooting other models and put my self-portrait work to one side, whilst I tried to improve and gain more experience behind the camera. I came back around to doing self-portraits a couple of years ago and it’s now the bulk of my work. 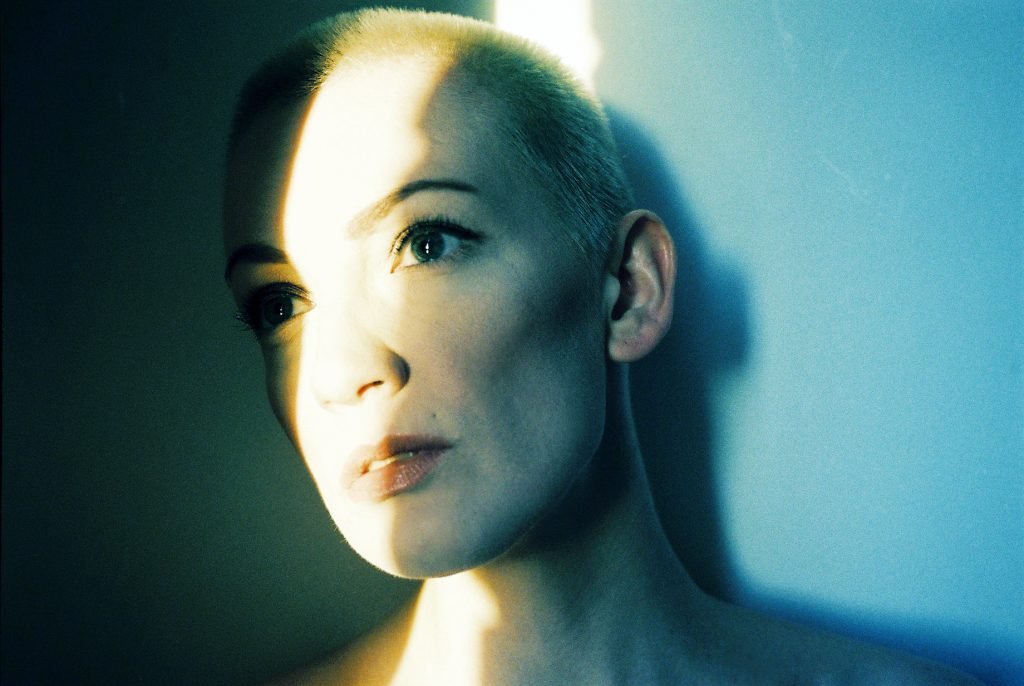 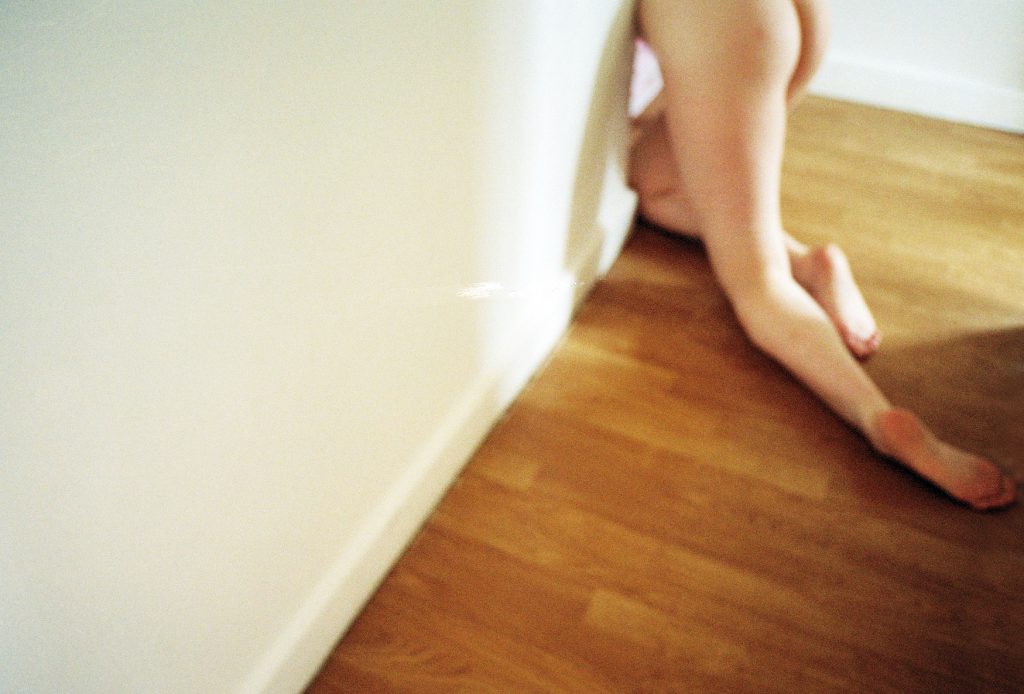 Can you explain a little about what body dysmorphia is and how it affected/affects you?

Body dysmorphia is a mental disorder which affects how you perceive your appearance. It works in the same way in which my OCD does, in that it create obsessive and compulsive thoughts. The main effect that it has had on my life is that I have problems with being looked at which creates social anxiety and panic attacks, and in my teens I was very much housebound for most of the time. During this period I developed Trichotillomania, which is another obsessive compulsive disorder that involves hair pulling. I have never recovered from the Trichotillomania, but I have found physical ways to deal with it like shaving my hair off. 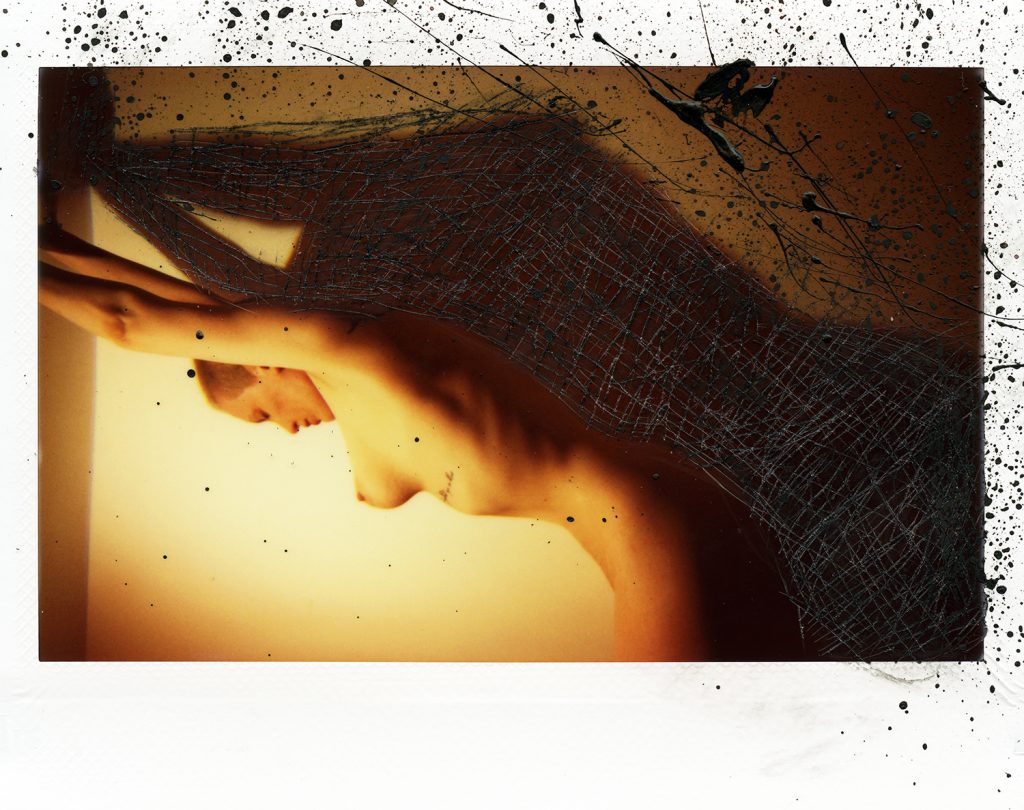 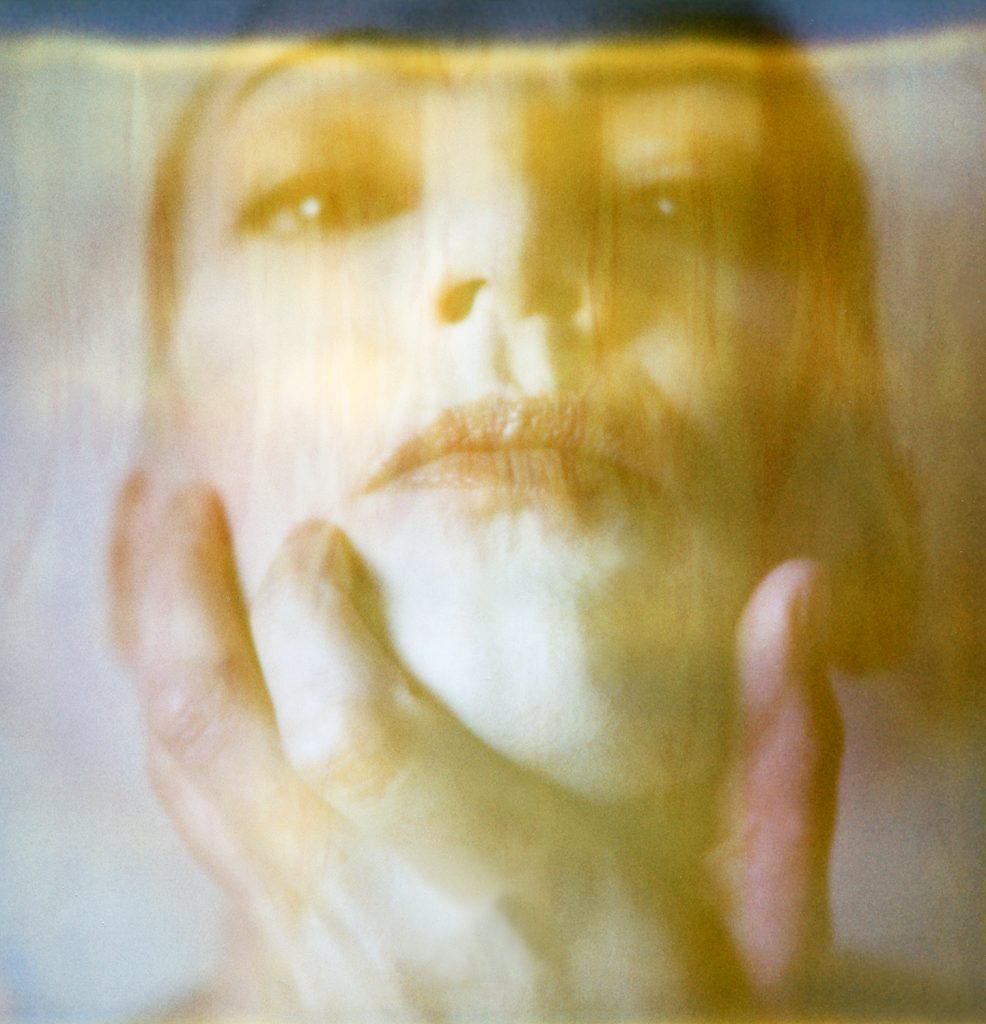 What is it about the photographic process that results in catharsis for you?

Photography has enabled me to tackle, manage, study, but also document some of the disorders that I have. It has helped to desensitise me to my own image because I have had to look at so many photographs of myself from so many different angles. Whilst I still perceive myself as flawed and the things I see wrong about my appearance still very much exist, I’m able to see past those in order to create work. I think one of the huge things that it has given me is the desire and want for something, a sort of sense that I’m aiming and working towards a goal. I’ve had to travel a lot to shoot with people. and that’s meant I’ve discovered ways to manage my disorders away from home and around strangers. I enjoy photography so much that even things that scare me I find that I can face in order to further my work. In my teens I wasn’t able to leave the house just to go to the shop without four hours of preparing myself, whereas now I can get on a train or an aeroplane on my own. Even though I still have the same fears and anxieties, I am able to take them on in order to do the things that I want to do. 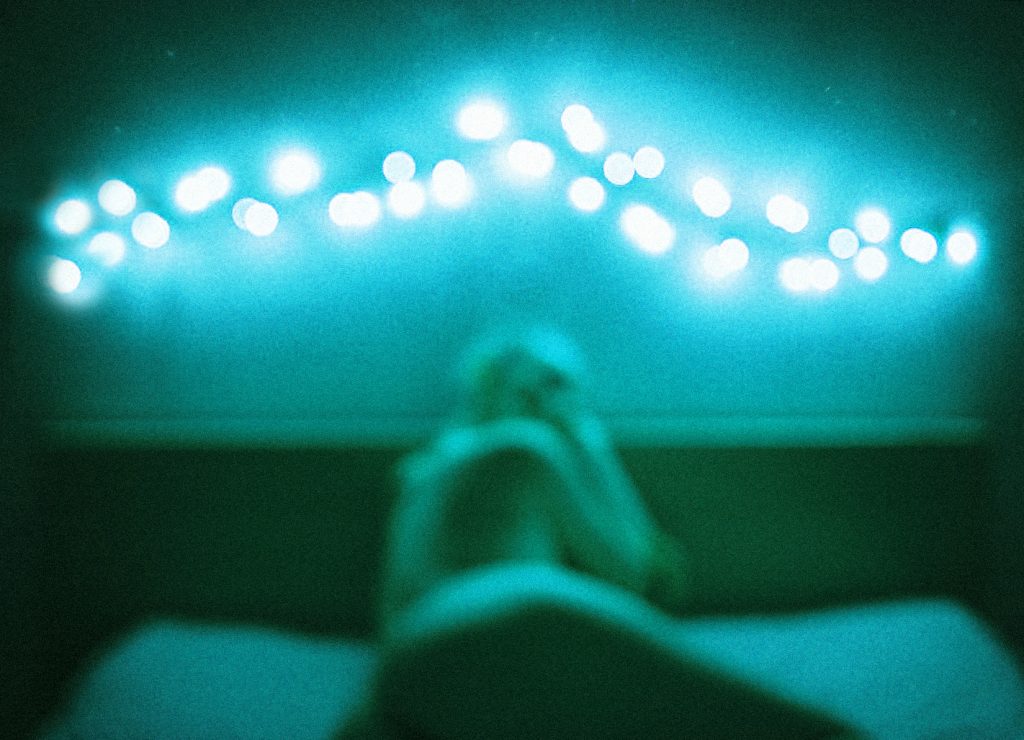 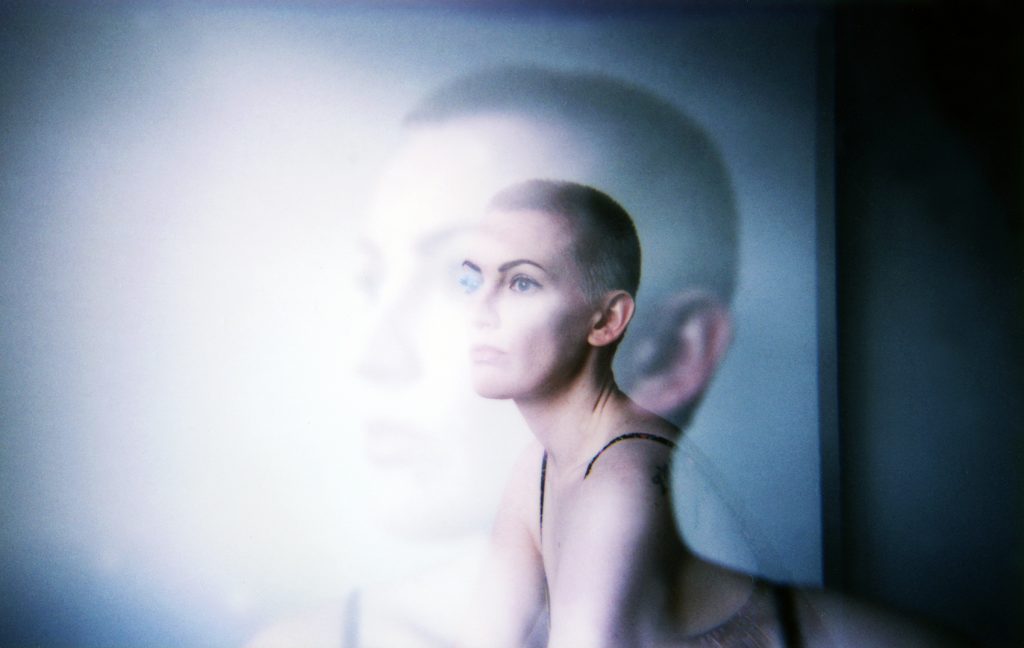 Is there a particularly poignant time where photography has served a therapeutic purpose for you?

I got myself out of an abusive situation in 2012 and soon after suffered a complete mental breakdown. Whilst I was dealing with and recovering from that I had my photography to focus on. Models would be emailing to ask to work with me, and so I’d have shoots booked in that meant I had something to look forward to each week. In a very basic way it gave me a purpose and an outlet for what was going on in my head at that time. I think it would have been very easy for me to shut myself away during that period, but photography kept me outdoors and out meeting new people despite all of the anxiety and depression I was fighting with. I didn’t realise that this is what was happening at the time, that I was stopping myself from getting more ill. I just knew that I had found this new thing that I loved doing and nothing really seemed scary enough to stop me from wanting to do it. 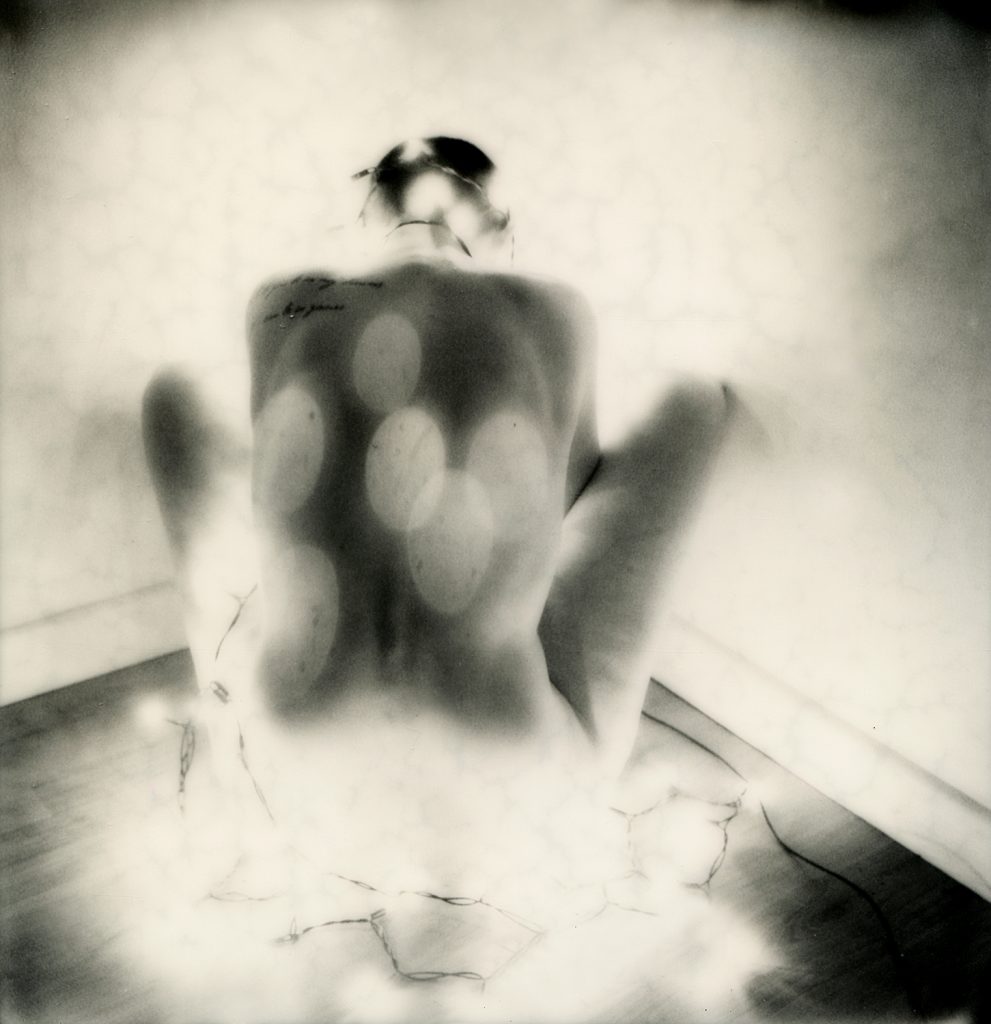 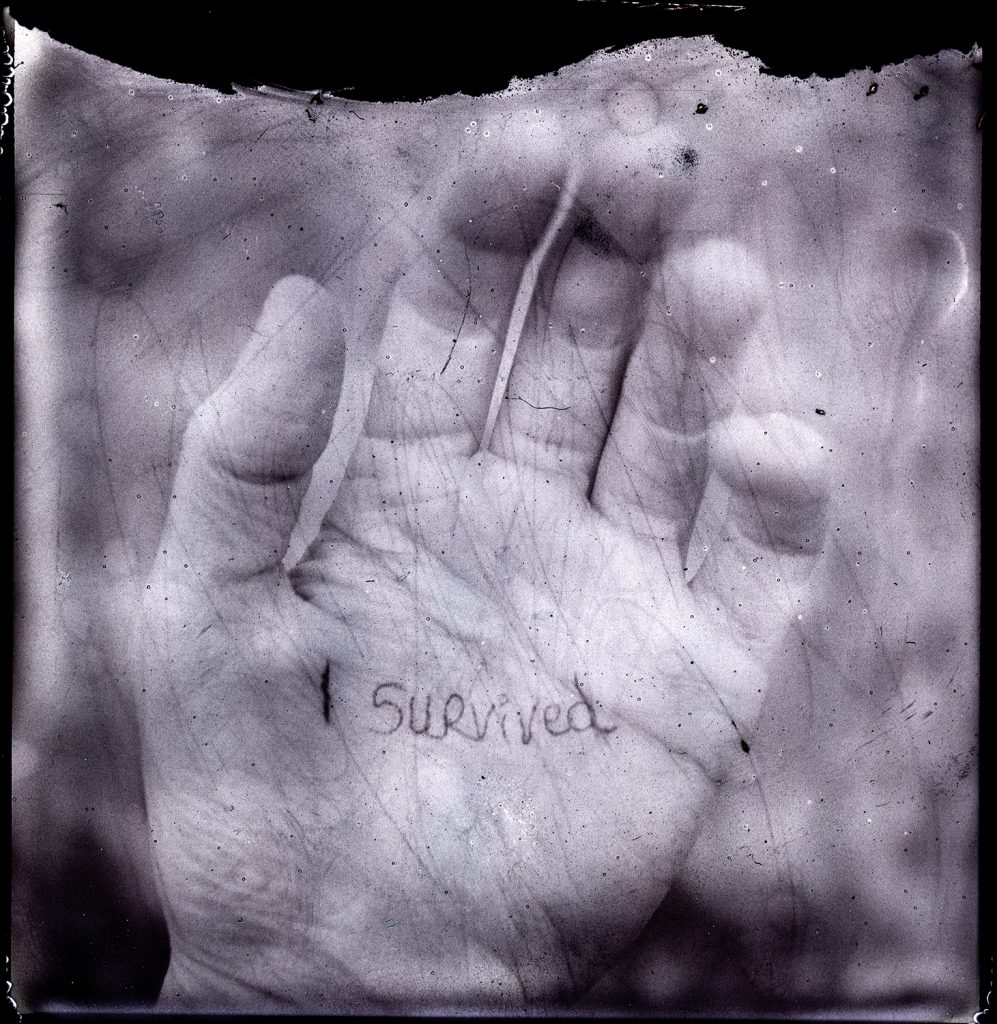 What is it that draws you to analogue and alternative processes in photography?

The only camera I had when I started photography was a broken compact that I’d taken with me during a trip to America. The screen was broken and the back was held together with a hair tie. So when I used it on my very first model shoot, I couldn’t even check on the screen to see how the images looked! I didn’t have any real funds to buy myself a DSLR, but I found so many used film cameras on Ebay that were within my budget. So I gradually bought a few and taught myself how to use them. With film photography you have to know what you’re doing in order to get anything out of the equipment, so it was very much a learning curve for me and a method that I still thrive from. I love the hands on element of it all, from developing my film at home to then printing from those negatives. I guess it goes back to my background with painting; I love tangible imagery and the physical experience of seeing and touching a picture. Making something with your hands is such a wonderful experience.

How do you see your photography practice developing?

Learning is my favourite aspect of photography and I feel like I’m a million miles away from where I really want to be with my work. However, to me that means there is no limit to what else I can do and can learn. I’ve been working with moving film, although I don’t have anything that I feel I’d want to show anyone just yet! I think this a format that I very much want to get better at and hopefully I can use as another way to express myself and my own experiences.

this work is really evocative, and i can highly relate to these images.