Warning: "continue" targeting switch is equivalent to "break". Did you mean to use "continue 2"? in /homepages/39/d678902725/htdocs/clickandbuilds/Fragmentary/wp-content/themes/uncode/partials/elements.php on line 909
 fragmentary.org — Celine Marchbank
Celine Marchbank

Celine Marchbank is a documentary, editorial & commercial photographer specialising in British based stories, fascinated by the small everyday details of life. Based in London, she spends her time between personal documentary projects, exhibiting work regularly, and undertaking commercial and editorial work. She is also a regular sessional lecturer in documentary photography on the BA (Hons) Digital Photography course at Ravensbourne University in London.

In her project Tulip, Marchbank documents the final year of her mother’s life and battle with lung cancer and a brain tumour.

What role did photography play in coming to terms with your mother’s death?

I think at first it didn’t feel like it played a part at all. The year she was ill was the most complex year of my life. Whist I was going through that, especially at the start, I didn’t feel like I came to terms with the fact she was dying at all. I struggled to reason with myself why I had introduced a camera to this unbearable situation, but as the weeks went on, and especially after the terminal diagnosis I could see why I had chosen to use photography to remember my mum. These were our last moments together, and in a way I wasn’t experiencing them then. When you care for someone who’s dying, you don’t get the chance or space to really think, you are so in that moment of unbearable shock and numbness that the little things slide. All that was important was mum, but the camera allowed me just a couple of split seconds a day to record the things that would go on to mean so much to me, the little things that would be gone.

I think after her death the photography has helped more, when I look through Tulip now it’s like a time capsule, it takes me right back to that moment, but it’s not an as painful one anymore, the project helped me process the emotions, and all the photography I’ve done since her death has really helped me through the longs years of grieving.

How did your mother feel about being photographed at this sensitive time in her life?

She actively wanted to do the project, we spoke about it lots first, she was actually excited by it. I was her full-time carer, and I think she always felt guilty about how hard it was for me, and in a way this might have been her way of trying to give something back. Though that wasn’t the reason for the project, or the way I saw it as such. She kept saying I will look at it all when I’m better. It kind of gave her something to get better for.

Mum would ask me what I wanted to photograph some days, we would chat about it. Mostly I didn’t know, I don’t like to plan things to photograph, I just like to wait till I spot something that means something or a little moment that might not happen again. I think mum liked this, it meant we just spent lots of time together, chatting and drinking tea in bed. It was nice, I really miss that time. 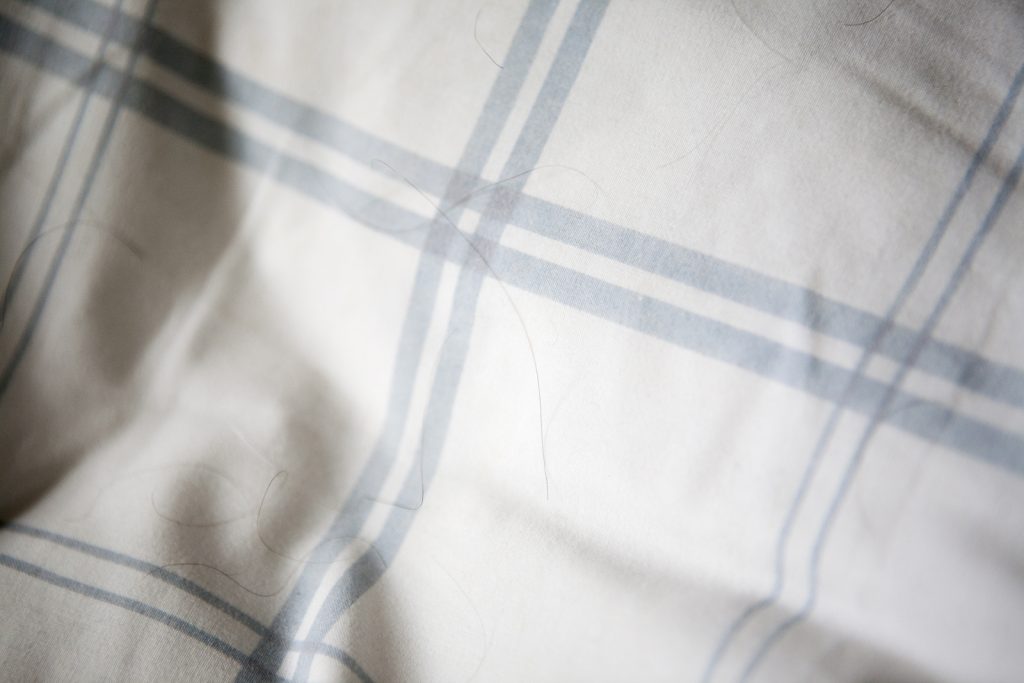 Do you think photography brought you closer together?

In a way yes. We had a very similar taste in art, and I think we did in photography too. She loved my images, and would look at them lots. Though she didn’t want to look at any of the Tulip project until it was finished. I don’t think mum ever came to terms with the fact she was dying, she never spoke about it, but I think her allowing me to photograph her was her way of admitting it was happening. So in that way it brought us closer, and the project itself allowed for us to spend lots of time together, so that was the perhaps the most meaningful part. 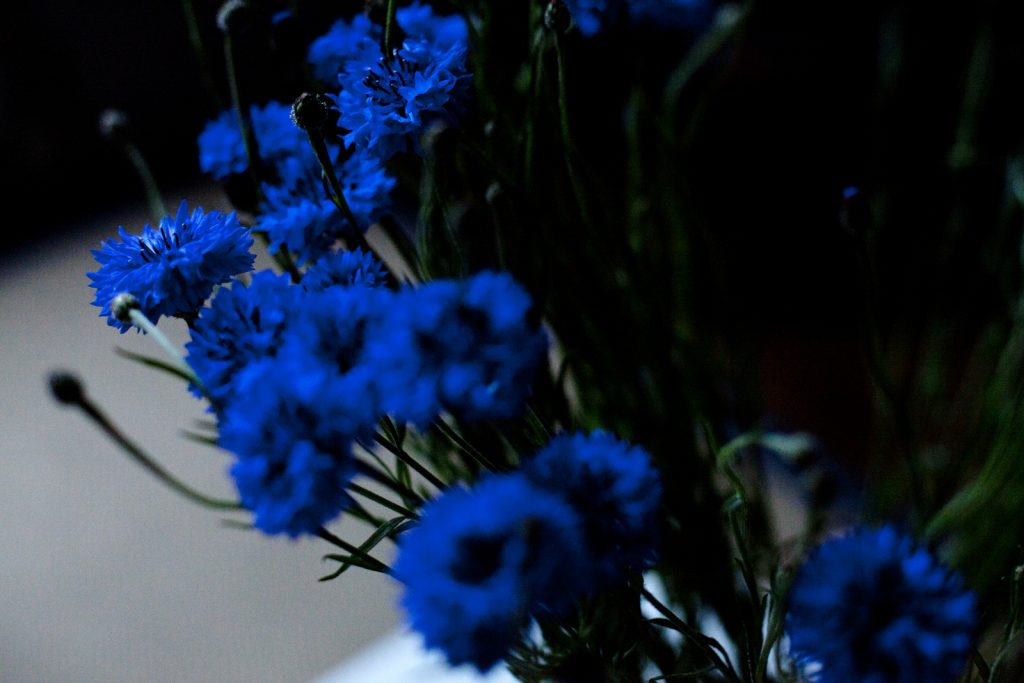 The use of flowers as a metaphor for both life and death is very poignant. Is this something you were aware of at the beginning or something that became apparent as the project developed?

It was not something I was straight away aware of. I photographed everything in the house repetitively, not always realising why, I just had this need to record it all. It wasn’t until later on when I started to show the work to other photographers that they started pointing out all the repetition of things and how together they told a story. Flowers were so important to mum, she had new ones every other day. I started to see them then as such a metaphor of what was happening, and then couldn’t stop photographing them. 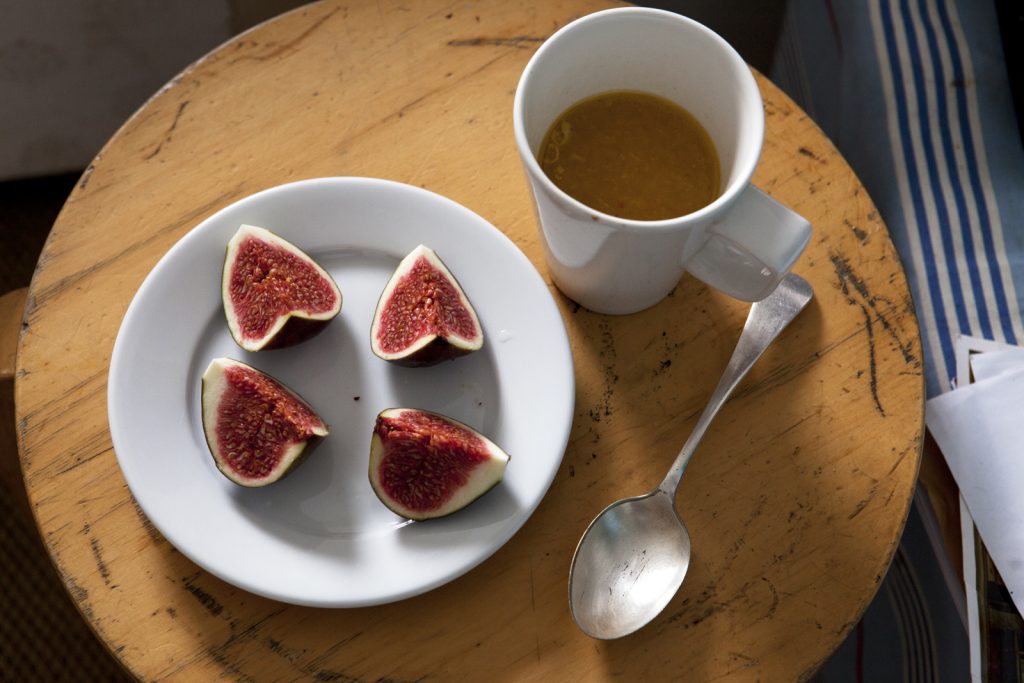 Tell us a little bit about Tulip, the book, and how people can support it coming to fruition.

Tulip, the book, is a very personal story, but since making the project public it’s the response I’ve received that has made me want to publish the book. So many people have been through the same thing, and it’s nice to think the story can be seen by more people.

The book will be published by Dewi Lewis, but only if I can raise enough of the funding with my Kickstarter campaign. I’ve been so touched by how the campaign has been received so far. So many kind and generous people have backed the project. We are over 85% of the way there, but need to hit 100% for the book to happen.

If you would like to be involved in the success of this book, then please take a look at the campaign and also please share around with people. The deadline is this Friday 13th at 3pm. I would love as many people as possible to support the project.

I imagine there a lot of images that didn’t make it into the book. What was the editing process like?

There are thousands of images that didn’t make the book. I started editing the project just a few weeks after my mum’s death, it was a cathartic experience, but sometimes very hard, especially looking at the images of my mum in pain. I decided that was not the type of book I wanted to make, there was no need to see these images, that was not what I wanted to remember my mum by and they were not representative of her life. I wanted the beautiful moments we had shared, along with the very distinctive things she had to be the focus, that was what made her her. 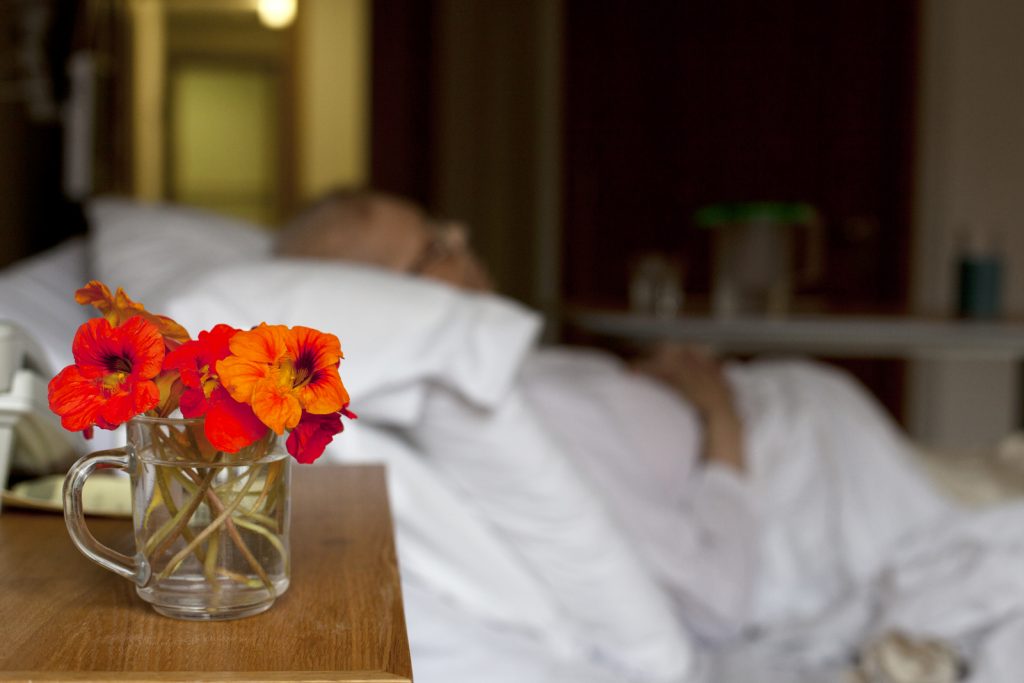 I’m actually working on another project about my mother. She was a well-known chef, and one of the things we did when she was ill was teach me her recipes. After she died and started to clear out her house I found a whole load of her recipes and old menus from her numerous restaurants.

I’m doing a book that is a mixture of me retracing her life, along with learning her recipes and cooking her food. I think the food will flow through the book in a similar way the flowers did in Tulip.

I’ve spent the last 5 years working on it, whilst I suffered through grief, so the book will reflect my journey through grief also, showing my moods, emotions and feelings through these hard past years.

I have thousands of images again, but have not started to edit it yet. I’m looking forward to dedicating sometime to do this soon, and hope to have the book ready to publish next year.

You can support Celine’s Kickstarter to publish Tulip here.