Warning: "continue" targeting switch is equivalent to "break". Did you mean to use "continue 2"? in /homepages/39/d678902725/htdocs/clickandbuilds/Fragmentary/wp-content/themes/uncode/partials/elements.php on line 909
 fragmentary.org — Amy Romer
Amy Romer

Amy Romer is a documentary photographer based in Cornwall, UK. In her multimedia project In A Sense she shares the story of Alfred, a 12 year old boy affected by aspergers. Initially beginning as a series of images, she found that Alfred’s response to the photographs was one of disempowerment. Romer decided to collaborate with Alfred using video to help share his story of living with aspergers.

How did you and Alfred first meet?

Alfred’s Mum, Kate, is a close friend of my Mum’s. They used to work together in a theatre in Devon and so our families have always kept in touch. I can’t really remember the first time I would have met Alfred, but it has only really been since photographing him that I’ve really got to know him well.

What drew you to photographing Alfred and the way that he interacts with the world?

A hard question. I think I love learning about complex people, and making a photographic story about someone, allows me to learn about them far more intimately than I could in any another circumstance. With Alfred, I was interested in this invisible disability – Asperger’s syndrome, and how a 12-year-old boy would cope with that. So gradually, I started to learn why he did certain things, reacted in certain ways, his physical and mental behaviours. I find Alfred’s behaviours totally fascinating to interact with, as a friend and as a photographer. 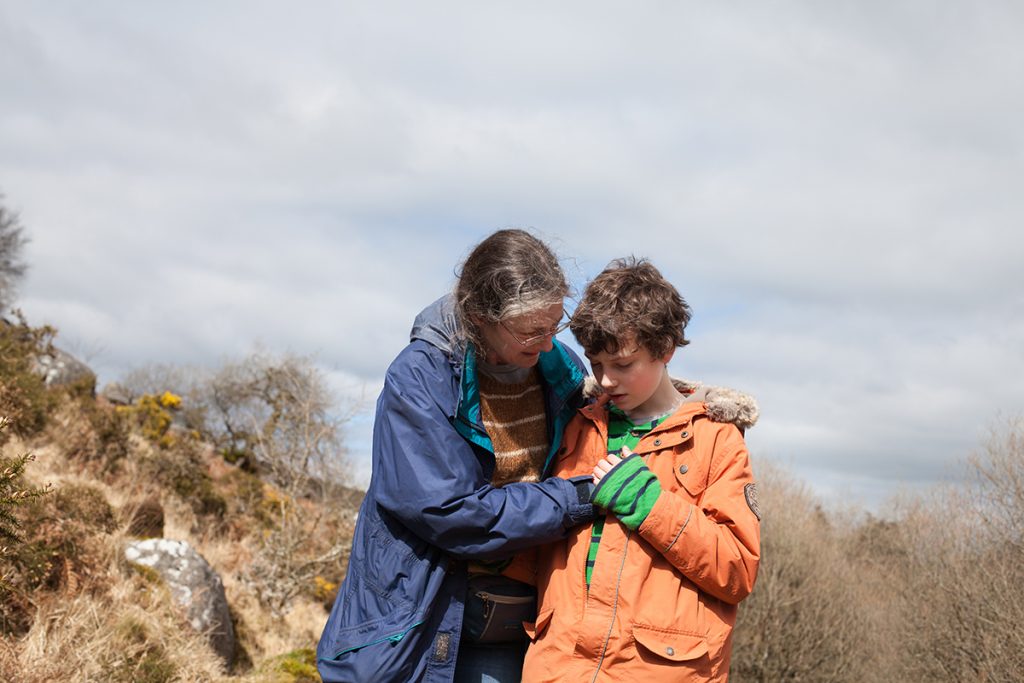 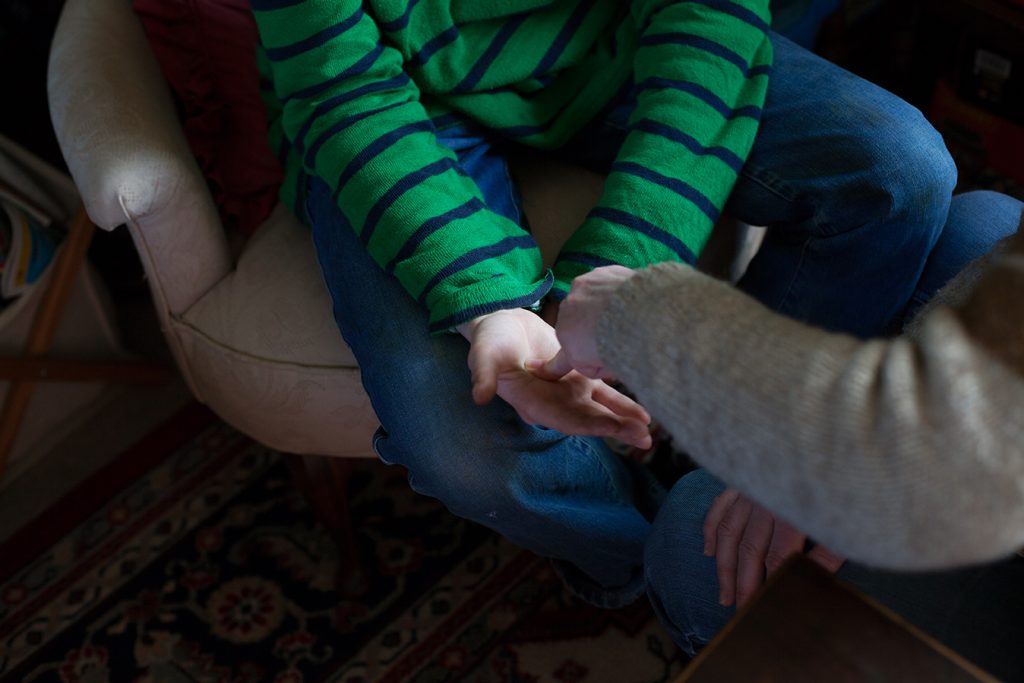 How did Alfred respond to the photographs and how did this affect the way that you continued to work together?

A good question. I started making pictures of Alfred in October 2014 and when I reached a point that I felt I had some interesting pictures, I sent them to Alfred and his family to look at, as I don’t live particularly near them. Alfred and his Mum visited me a few weeks later and told me that Alfred had found the pictures very difficult to look at. One of the photograph’s showed Alfred having a distressing melt down. He is looking at his Mother with an angry expression. Alfred found this very upsetting as he has never had an opportunity to see himself in this situation. He didn’t recognise himself and the idea of upsetting his Mum was very disturbing for him.

But Alfred did seem to learn about himself from the photographs, as did I and possibly even his Mum, so I knew there was potential for our work together to be really positive. Alfred then told me when he grows up, he wants to teach people about Asperger’s, so that was my hook. I wanted to help Alfred achieve this through our pictures and act as a kind of facilitator, and that’s how we continued.

What barriers did you face (if any) in working with Alfred?

To be honest, Alfred was fantastic and I never felt any real barrier. I tried to always make it clear that if he or Kate wanted me to stop, then no problem. And I think this open and honest attitude and approach made us all feel very natural with each other. I suppose there were times where I wondered if it was as a result of me being there that I was receiving certain behaviours and is that ok? Should I be documenting it if I don’t feel it’s authentic? But with Alfred being the 12-year-old boy that he is, that’s really part of the story and I think I have a good enough initiative to know when to, and when not to photograph what’s in front of me. The only real barrier was probably the distance I live from them all. I’m about a 2 hour drive away, so I always had that to consider and I would have liked to have spent more time with them; but this is always the way with personal projects!! 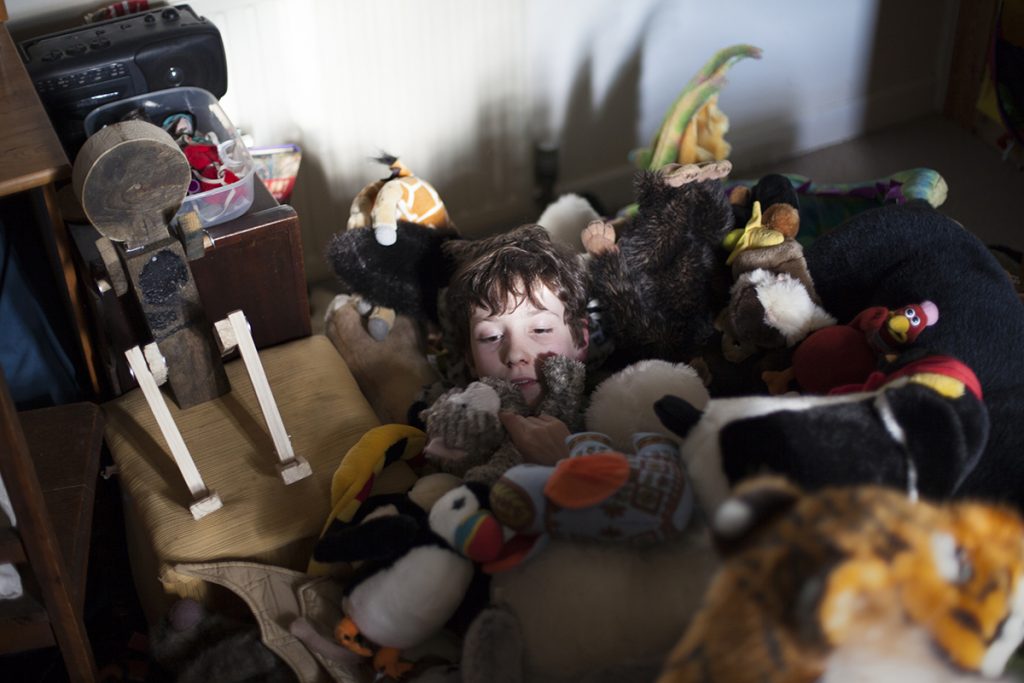 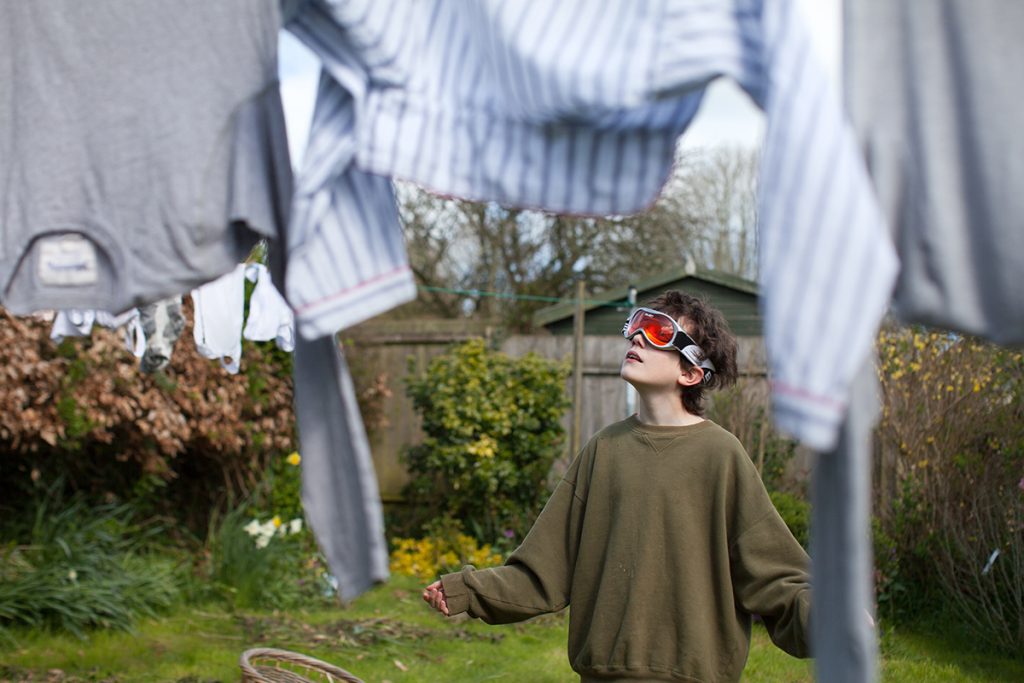 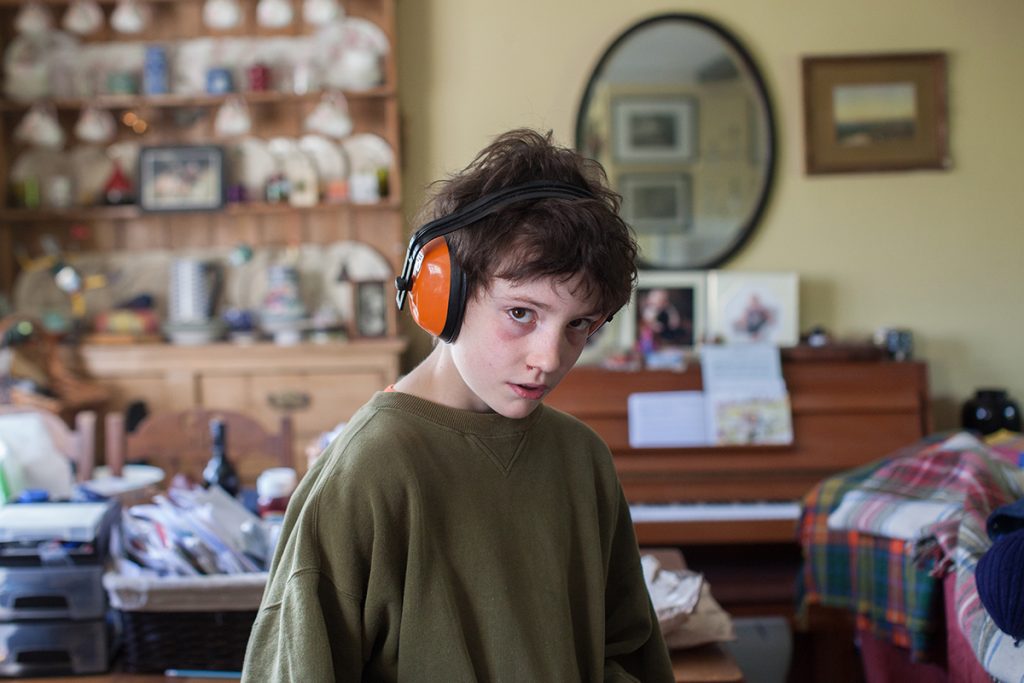 The idea of collaboration with a subject is also one of empowerment for them. What do you think it is that you can both offer to Alfred’s story that the other maybe can’t?

It is, but empowerment is complicated. Although I gave Alfred an opportunity to speak for himself, I still controlled his story as the photographer and editor. But I think what this offers is a better level of objectivity. How Alfred observes his behaviour is undoubtedly different to how I observe his behaviour, so I hope that through our collaboration, we are able to offer a more balanced representation of Alfred’s world. Alfred’s input was crucial and his videos were a beautiful insight for me and Kate. I gave him a GoPro and he made some incredibly thoughtful diary entries on his own, in his own time, which was important because I wanted him to be able to express himself without any pressures from me or my camera. Even the footage I didn’t use was hugely beneficial for my research.

How do you see the work developing?

We plan to continue the work as Alfred grows up. At the moment I’m heavily involved in my current project but in a few months, I’ll be able to spend some time visiting and I hope to pick up from where I left. Every time I see Alfred now, I’m shocked as to how much he has grown, and I very much want to be part of that journey. 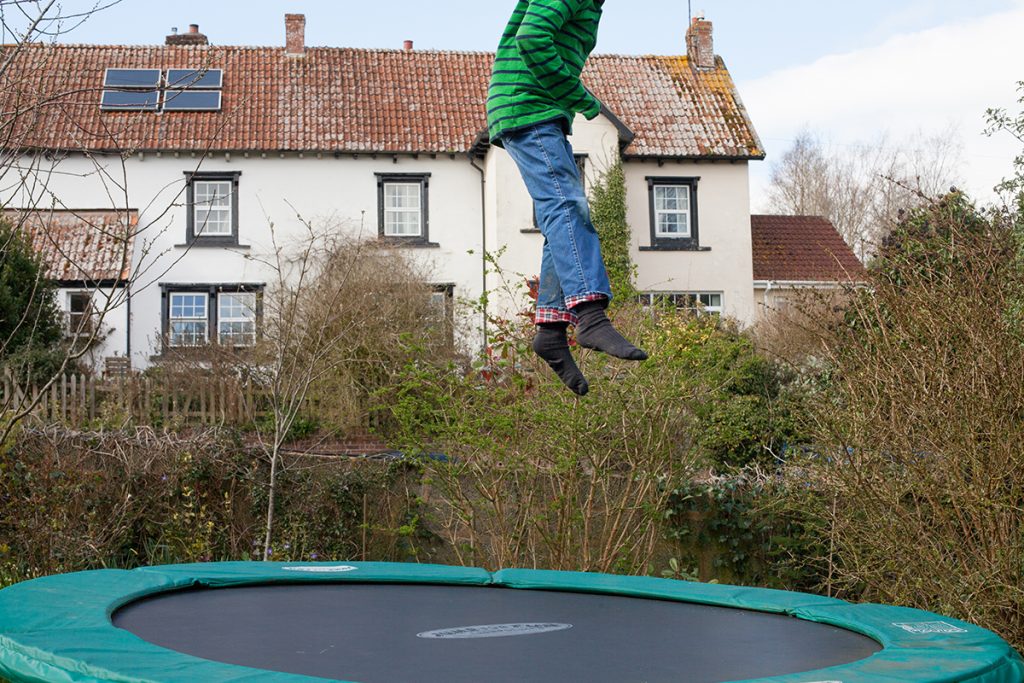 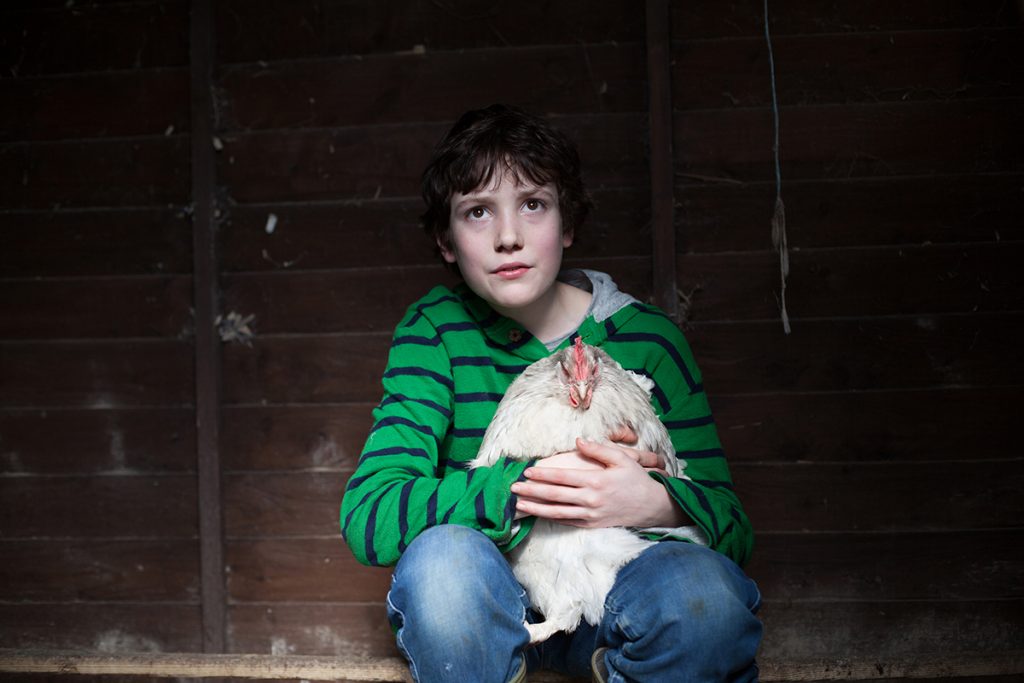 Where are you currently finding inspiration?

Oddly and for the first time, I find myself immersed in landscape photography at the moment. I’m currently making a project about modern slavery and human trafficking in the UK, called The Dark Figure*. Landscapes have allowed me to think creatively about the subject, as I’ve tried to look at the bigger picture rather than focusing on one person’s experience. It’s a huge subject that spans across so many industries affecting the most vulnerable in society, and because of it’s hidden nature, its a subject we still know little about, and as a result is barely spoken about. So my inspiration is coming from all sorts of directions, across all sorts of disciplines. I was recently introduced to Sam Ivin’s “Lingering Ghosts”, which is a photography project that looks at the treatment of asylum seekers in Britain through scratched portraits. It made me think about my own work and how to represent people that have no identity in society. It’s definitely worth checking out.

What’s next for you?

Right now, my main focus is on The Dark Figure* but I have a commission that will take me back into the world of autism and Asperger’s, which I’m hugely looking forward to, and am looking to start a collaborative project with a charity that works with young Mums. Of course, I hope my work with Alfred will continue throughout.

Amazing work Amy. I will look forward to seeing The Dark Figure.