Warning: "continue" targeting switch is equivalent to "break". Did you mean to use "continue 2"? in /homepages/39/d678902725/htdocs/clickandbuilds/Fragmentary/wp-content/themes/uncode/partials/elements.php on line 909
 fragmentary.org — Amy Colebrook
Amy Colebrook

Amy Colebrook is a photographic artist who focuses on the concept of the family, using her own family photographs, documents and objects. With mental health having a long-standing effect on her family throughout generations, it is an important theme within her work. A BA Photography graduate from the London College of Communication (UK), Colebrook looks at how her personal family archives can communicate and stimulate discussion about current societal issues through the use of archival images that offer a historical comparison in there own right.

I came across your work at the London College of Communication end of year show. Your project A Staged Equilibrium is a response to your great grandfather’s suicide. Can you tell me a little about how this project first began and what it was like to work around the subject of familial suicide?

Granny Gill sat me down in her front room with a wooden writing box on her knee, and I knew what she was about to show me… Her father’s suicide letter.

I knew about his suicide growing up as she spoke of it with a sense of distress. She gave me the facts; he was diagnosed as schizophrenic, and often had psychotic episodes where he would experience auditory hallucinations. She was 16 when she found him in there family home. Although we are very open family I knew this was always going to be a sensitive subject.

I was angry, and I got angrier, they don’t get it, but they pretend they do! Some days you wake up where you think ‘give people the benefit of the doubt’, big mistake! And that’s when they make comments like you’re ‘too mature’ (2008) ‘hysterical’ (2009) ‘Attention seeking’ (2010). 2010/2011, I began to self-harm, and self medicate with a combination of prescribed medication, citalopram (for anxiety) and paracetamol/aspirin, I felt like the screeching pains in my tender stomach and my sore scratches were the only real thing I could feel, and like everything one day it goes to far. Nobody really knows what you’ve done other than family, yet there was this sickening paranoia that everybody must have thought I wasn’t brave enough.

6 months later my mother took an overdose, she suffers with deep depression that can come in bouts of highs and lows, she drinks to deal with the past, she’s done that ever since I can remember (no comment).

Working around the topic of mental health whilst suffering yourself is not easy, particularly when you chose to lay bare your family’s personal struggles with mental health. When I allowed myself to be completely open to questions and probing it did become difficult. The biggest problem I had when going through the motions of this project was with the lecturers, they didn’t think the subject matter was “appropriate for photography”; they actually had very little support or faith in the project, and I took the risk regardless. I’m proud of myself for that, but I did what was right for me, and battled through.

I wasn’t “brave” enough to take my life, and this project began years ago with the fascination and the bravery of one man that was able to stop the hurting, the judging and self-validation. 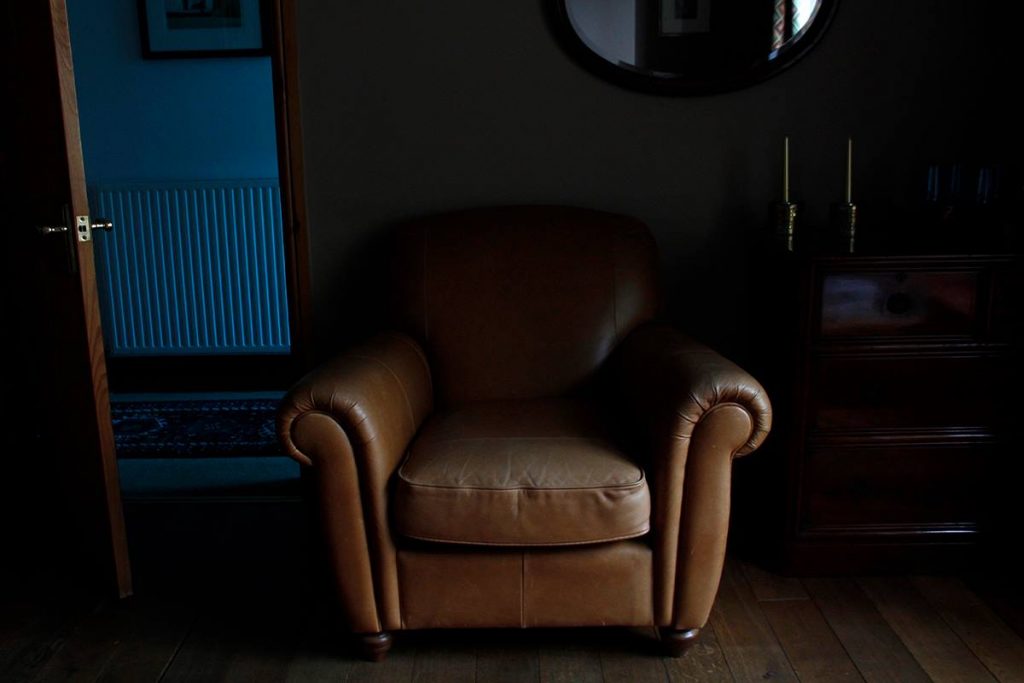 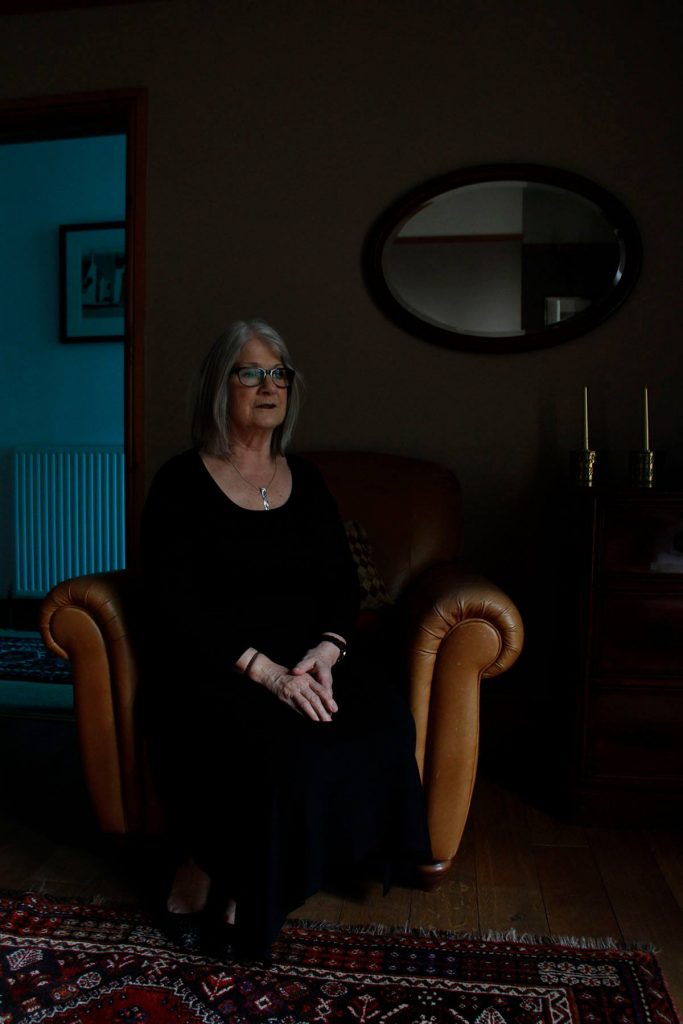 I’m curious about the project’s impact on family relationships. Did it provide an opportunity to talk about suicide and mental health within your family?

Granny Gill talks about how the project, A Staged Equilibrium has helped her to “reconnect” with John Locker, her father. For my mother it’s been harder. Her and her brother were not told about their grandfather’s suicide until my mother was age 11, and her brother was 14. It just wasn’t talked about, and suicide held a massive stigma, it’s not as if my grandmother was ashamed of him, far from it, but her childhood was occupied by his illness and she was desperate to make a life for herself. My mother has admitted she has found my project difficult, and says it must have been easier for my grandmother to speak to me about it. That maybe true, and I think the difference in generations are the reason, my generation seem to be a lot more inclined to talk openly. However I do believe it can be down to the individual, for me it’s become my fight and I am interested in knowing everything I possibly can to expand my knowledge of dealing with mental health.

Despite being an open family, I know that Granny Gill, after writing an account about her childhood for the project, felt that she wanted to share the account with her children, and I think the project instigated that. I believe that A Staged Equilibrium has been a catalyst within the family, for talking about why John Locker’s suicide wasn’t talked about, which in turn has undoubtedly instigated talk surrounding lots of issues as a family.

Has working on the project been cathartic in any way for yourself, or other family members?

For myself, it has certainly been a release but also a very emotional time, particularly being up against a university that offered no support or encouragement, I felt people would keep there distance from me too, knowing what the project was, you do tend to get treated like a ‘its might be catching’ as my family says, In fact, when installing the exhibition, somebody on the course asked my close friend what it was about and if it was a true story, when she was given the answer, she didn’t know what to say, made her excuses and dashed away. That should have probably upset me, but after years of that sort of reaction, in that moment I felt liberated in a strange way, that I was doing something worthwhile, something that would make people feel uncomfortable or awkward.

I know for my mum its been difficult, although she tries her best to conceal it, she isn’t inclined to fight the world, she has her own personal fight going on, and its more about taking each day for her. But I get that ‘fight the world’ instinct from Granny Gill, always wanting to help people and talk to people about the difficult things they might be facing. If the project has been a cathartic for anyone, it’s been it for my Grandmother and I. We have talked at length about all things related to mental health, her fathers suicide, society’s views on it, and how best to articulate those topics through photography and art, but through going through that process, it instigates an honesty and an understanding about the issues I was dealing with within the project. 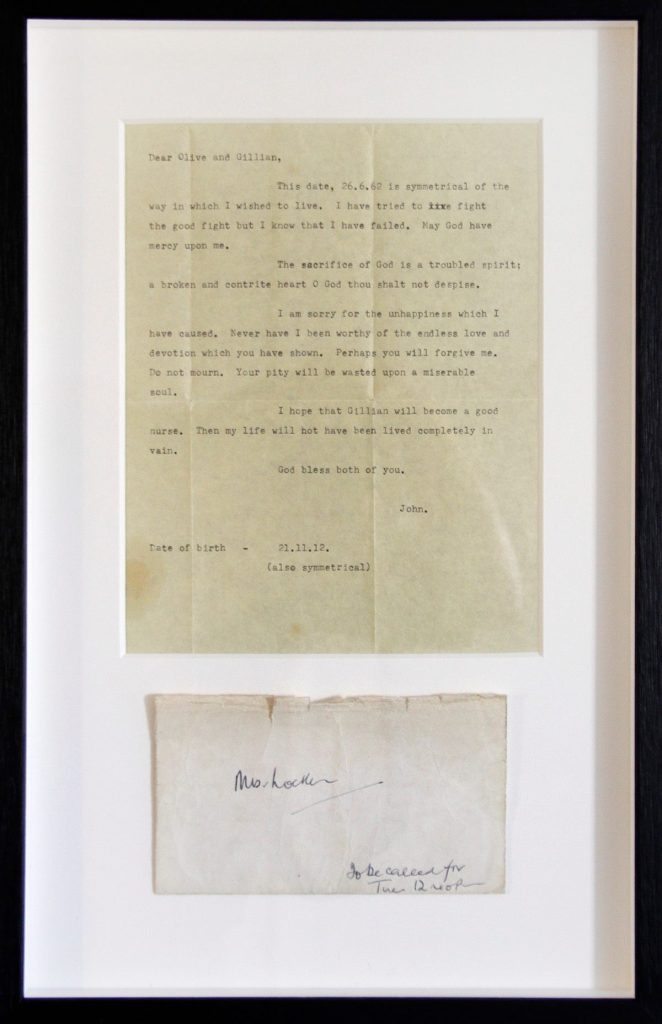 What was it that drew you to working with an installation of the project? Tell us a little about how the work was installed. 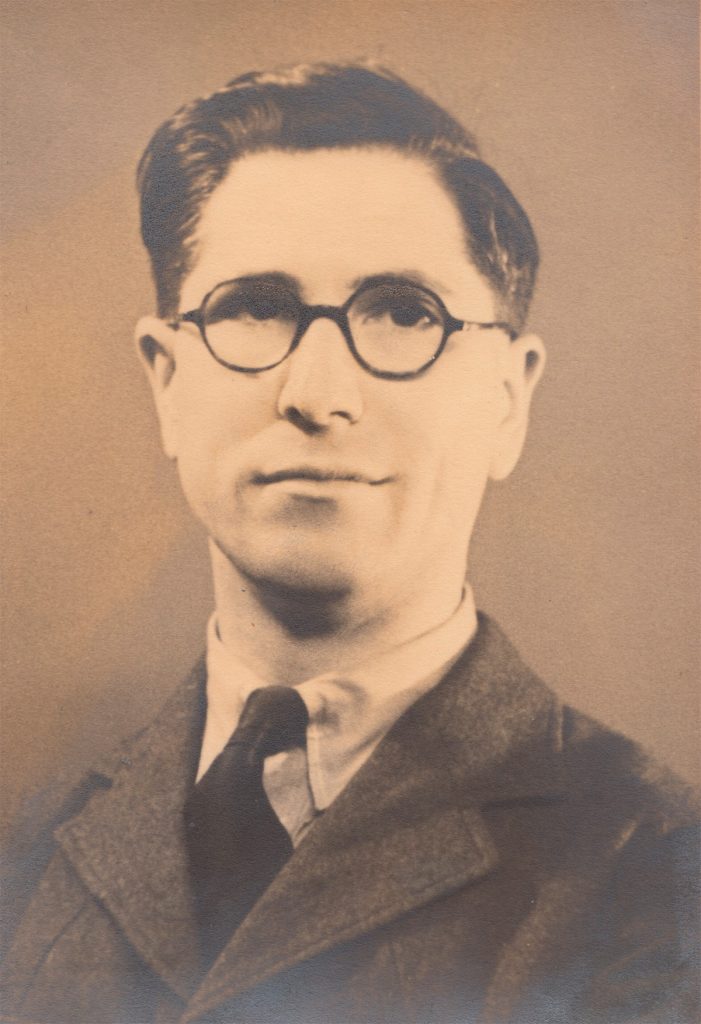 I love that photo in particular, such a handsome man, who scarily resembles my grandmother through the mouth and eyes. I ask a lot about the family history, and the photos fascinate me, hearing stories about people that lay on the table in front of me that don’t get to come out of the box very often. However, John’s photo lives in the piano room at Granny Gills on display above the portrait of his wife, Olive.

Working on any project with my family photos, there is always one component I have craved to give them but have never had the opportunity until, A Staged Equilibrium, a home, a homely space that I have always envisioned them in, and obviously they all have a different ‘home’ in my head.

John’s portrait had to be relocated from the piano room to the ‘home’ I had created for him so that I was able to display the relationship between him and his daughter (Granny Gill) through the topic of mental health and more specifically, John’s suicide.

Working with an installation project was imperative to this work; I needed to create if only a snippet, a home, with certain objects, sounds and personal documents that allow the viewer to forge almost an emotional attachment. The home I had created was specifically for John, made to fit his ideals of symmetry, as he states in his letter he had always wished to live his life in a symmetrical way. With the identical armchairs that set the scene, upright and ready, almost ready to be pulled out to face each other, expectant of talk. 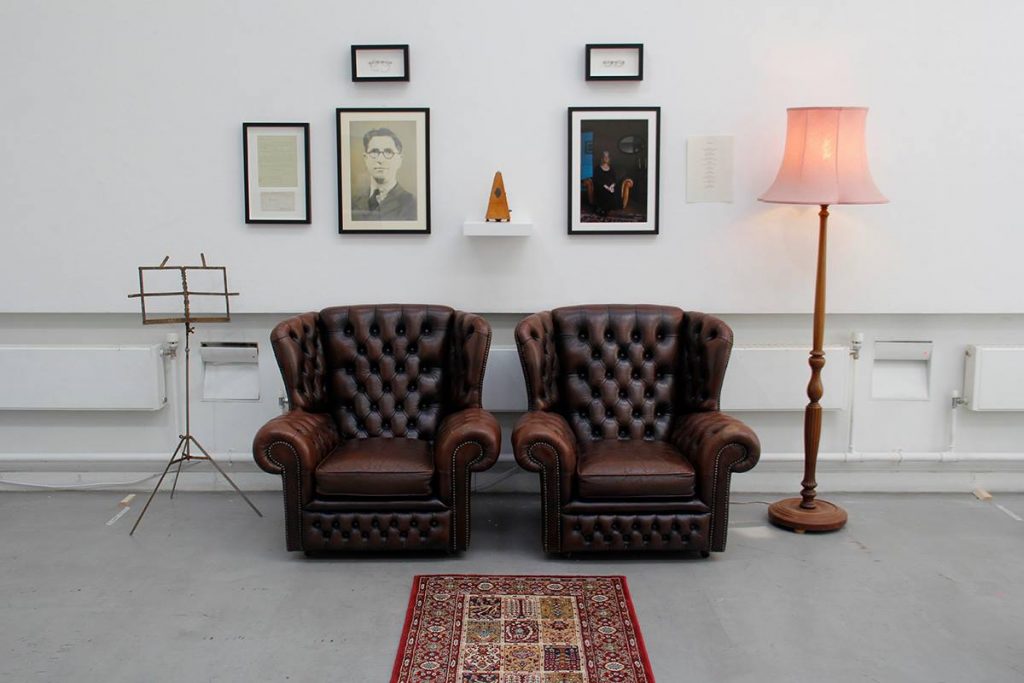 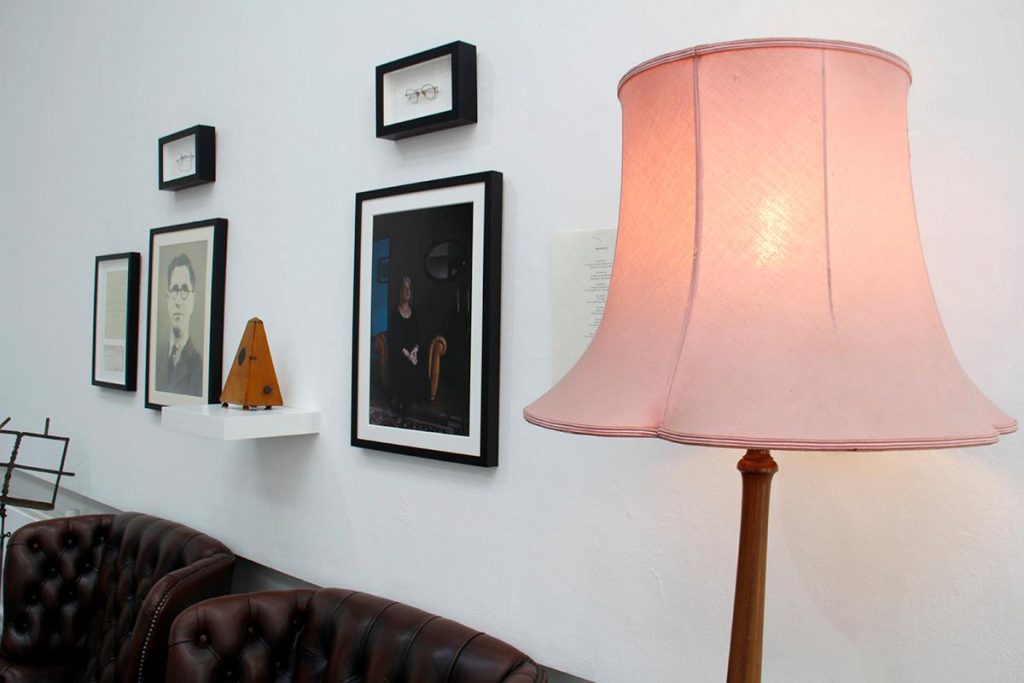 Suicide is still a particularly difficult and taboo subject for many. What do you hope viewers take away from A Staged Equilibrium?

I was true to myself with everything I did with this project. Within an institutional boundary! I created an installation that got people talking and thinking, there’s no doubt about that, I watched people at the exhibition opening, and my emotions were fraught that evening with the ongoing battle I was having with university not agreeing with my choice of subject matter. But people reacted only how I could of dreamed of, they allowed their emotions to overwhelm them, there was lots of talk in the area, and that’s all I could have asked for. I just hope it sparked something in people to maybe research a little, and explore mental health and suicide. I can’t ask for anymore than that. 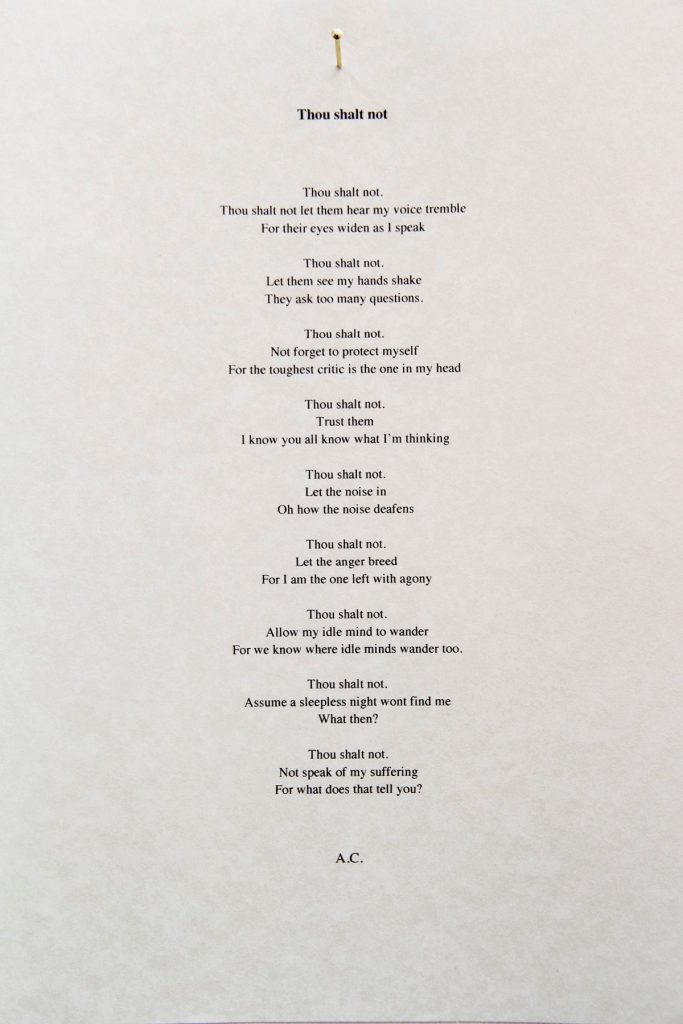 Is mental health something that you’ll continue to explore in your practice?

Yes, definitely, there are so many different characteristics in which mental health can take on within the creative process. It’s something that not only I suffer with daily whilst going through the creative motions but also something I am unable to leave out of it, I feel a sense of dishonesty towards myself if I don’t articulate it through my photographic process. It’s a part of me therefore a my practice.

What’s next for you?

Right now I’m hoping to do some volunteer work or support work in mental health to gain some practical experience on the ground.However my writing is a very important component to the work I produce so that is also something I want to explore further within the creative and journalistic industry.

However I will continue to explore my practice with the inclusion of mental health as an ongoing study, which will help In working towards my goal, to complete an MA in Art Therapy.

I have researched extensively the ‘photographs’ place within counselling and therapeutic methods to help with dealing with mental health issues, and although art therapies exist and work, I know myself what family photos bring up, when you open the box of photos you don’t know one emotion from the next and often you find the person explaining the people and images have thousands of stories that instigate mixed emotions. I really think the inclusion of family photos in counselling sessions could be really beneficial. I personally have received art therapy, and I found it patronizing and demoralizing toward art itself, and found the sessions I received were conducted in a disjointed, and awkward manner. That doesn’t mean to say it doesn’t have a place because it does, and the art therapy I received actually instigated my own thoughts and ideas about how an alternative form of art therapy could be conducted in the form of photographs.