Warning: "continue" targeting switch is equivalent to "break". Did you mean to use "continue 2"? in /homepages/39/d678902725/htdocs/clickandbuilds/Fragmentary/wp-content/themes/uncode/partials/elements.php on line 909
 fragmentary.org — Alicia-Rea Poole
Alicia-Rea Poole

Alicia-Rea Poole is a photographer from London, UK. Her project, For J, was created for her mother who struggled with the photographer’s battles with mental health.

Tell us a little bit about yourself: where are you from, how long have you been photographing and what got you into photography?

I was born in North London, Enfield in 1994, and grew up in Enfield until the age of 10, and then moved to Cheshunt in Hertfordshire. I first began photographing properly around the age of 14/15, during secondary school, when I also received my own camera for a birthday present. I had a friend during secondary school who loved cameras, and he used to let me play around on his Nikon at the time – this made me fall in love with cameras and also made me become incredibly more interested in the medium!

I studied the first year of my BFA Photography degree at The New York Film Academy based in Los Angeles, California. I then transferred to Falmouth University in Cornwall, to study the second and third year, where I am currently now almost finished.

How did the theme of mental health become a key part of your practice?

The theme of mental health within my practice came around halfway through college, when I was around 17; I was suffering with a recent diagnosis of depression and wanted to try and portray that within my work. It felt difficult to do, purely because the work I was creating felt so different to that being created by other photographers in my class; but I continued, as I felt it helped myself cope. I felt as though if I could create work that meant something to me, hopefully it would mean something to somebody else who had suffered with mental health issues or know somebody who has. 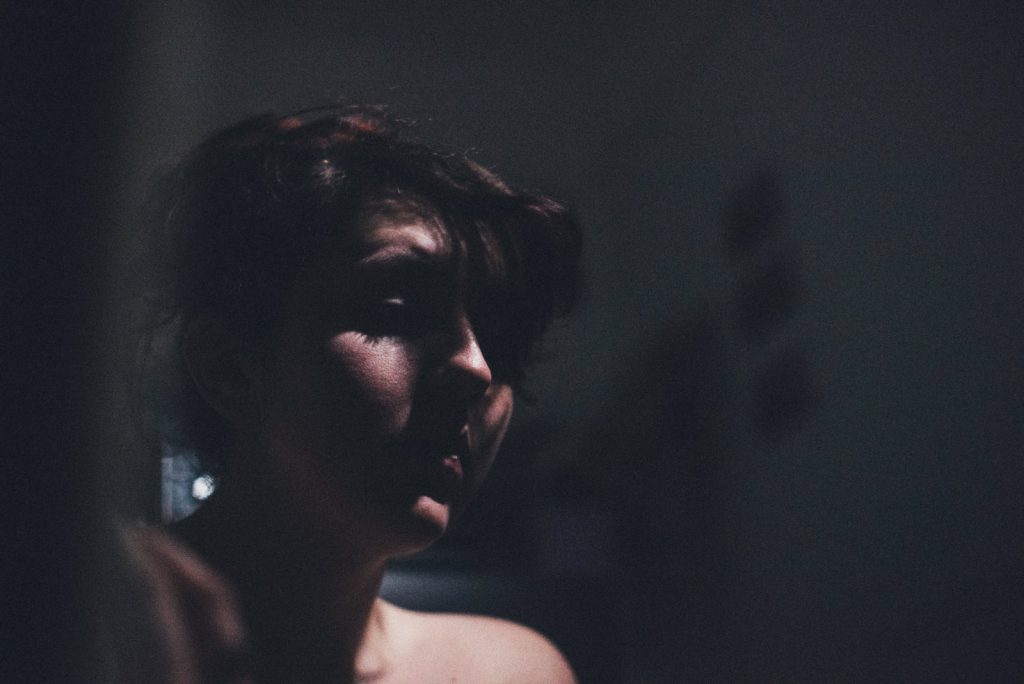 How did For J come about?

For J came about when I was beginning my third year of study at Falmouth University. I had felt my mental health begin to decline and visited the doctors to find I was re-diagnosed with depression. It was a definite shock, even though I had felt it creeping up on me, as I never thought I would be having to experience those same struggles as I did previously. During my first diagnosis of depression, my family was incredibly supportive, but it hurt me to see that my mother couldn’t understand the difficulties of what I was going through – and I couldn’t imagine how that must have felt for her to see her daughter struggling as much as I was. Therefore, once I was re-diagnosed, I decided that my first semester project would be based on mental health and depression, and that I would be creating this for my mother. I wanted to create images that showed my mother that everything I was feeling – I wanted the images to represent me in a way I couldn’t explain to her.

How important has it been to place yourself within the frame in this work?

I found it was very important to place myself within this body of work. I had never, before now, taken on any self-portraiture projects, but for this I found it rather crucial. If I was to create a project for my mother, to try to aid her understanding in my depression, it seemed obvious that I had to represent myself by placing myself into the work. Not only did I feel this would help my mother connect to the work, but I felt it may help others. They may see themselves represented in some of the photographs I took. Whenever I look at some of the photographs, they do upset me – purely because I can’t see myself looking back. I think that’s what I mainly struggled with; losing myself within my depression. I could know myself one moment and not know myself the next. This is another reason I felt it imperative to document myself throughout this project. 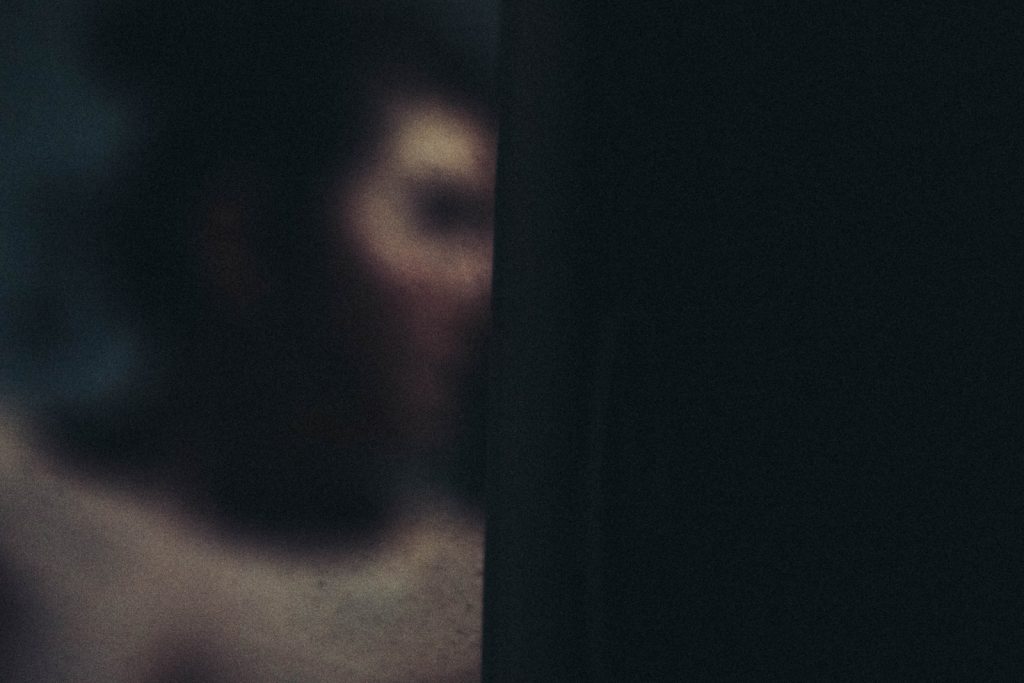 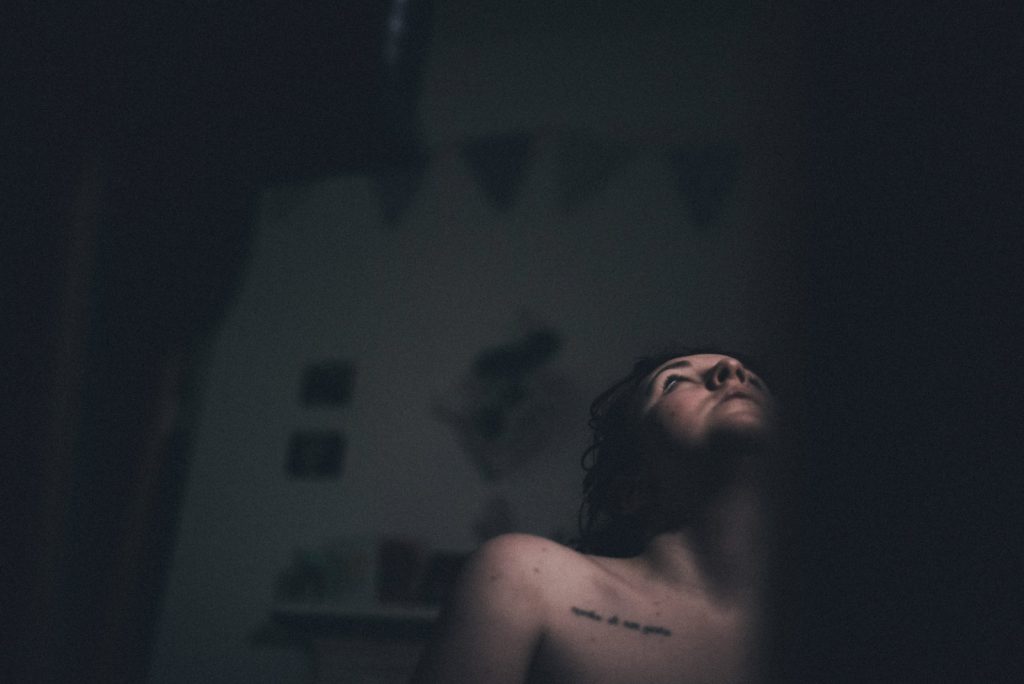 Has creating this project helped improve the relationship with your mother?

I would say that it has. Not only was she able to see how I saw myself, but I also think it could be a comfort for her. With not being at home, and being away from my mother, I think it may have helped her to see that I was showing her how I was coping, within the images. It’s been tough, as relationships always are with mental health disorders, but I really do hope the photographs represent her daughter for her, in a way that’s honest and beautiful.

Have you found creating this work therapeutic at all?

I definitely found creating this work therapeutic. Having a relationship with the camera where I could be completely open and cry, or laugh, meant a lot for me. I found it difficult, and as if I was burdening people when I would talk to them about what I was going through; so having the never-ending possibilities of my camera and photographs, to take my mind off of the loneliness I felt, definitely helped me. I say I felt lonely, not because I didn’t have the support of the people around me, but because I felt I couldn’t talk openly about what I was going through – and showing these images to them helped open up that conversation on another level than just words. 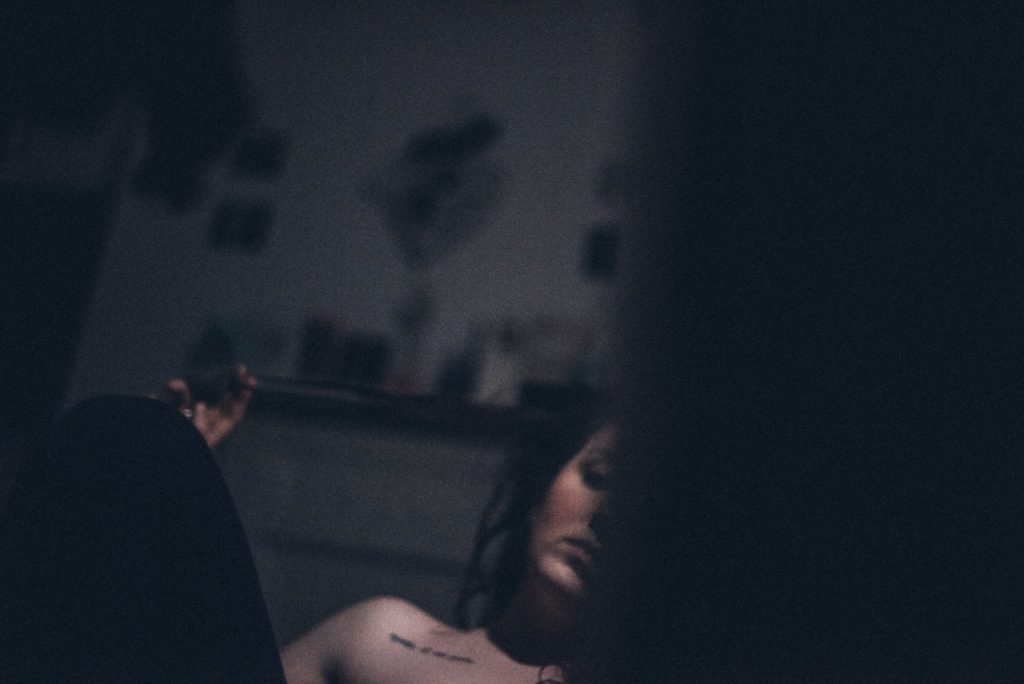 What do you hope viewers will take from this work?

I hope, if anything, that viewers will take a slight understanding that depression isn’t just moping around in your bedroom and feeling sad. It takes over your entire body and it is exhausting. I hope that viewers will relate to the work and feel the emotion it was created with. I also hope viewers will see the strength it took to make myself vulnerable enough to represent my own experience within mental health because of the stigmas attached to it. Mostly, I hope viewers will know that if they ever experience mental health issues, that they are not alone. 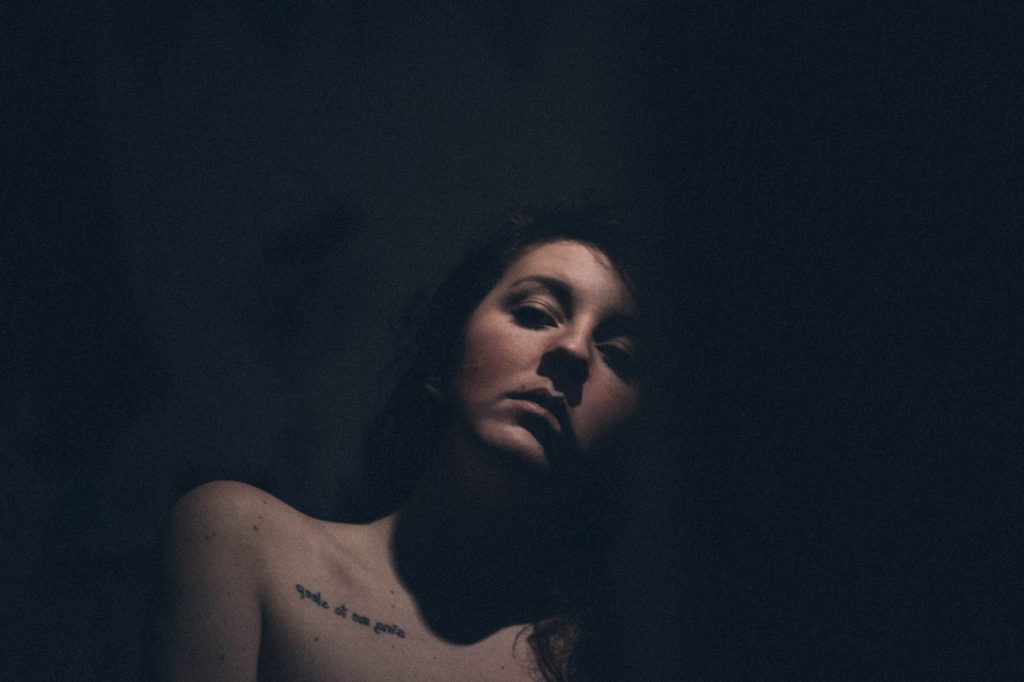 Right now, I am working on my final major project, which I am trying to balance between intimacy and connection. I’ve been scanning in a lot of old negatives which I inherited from my grandfather, and doing further self-portraiture. I’m still seeing where the project takes me!